Women’s basketball team bows out of the NAIA Championship 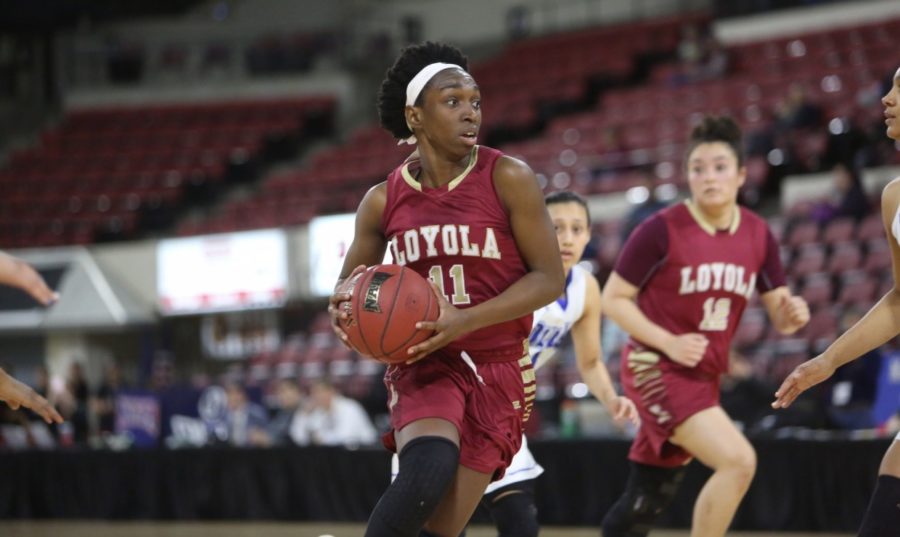 Kaila Anthony, international business sophomore, aims for the basket versus Our Lady of the Lake University March 15 2018. The women's basketball team reached the second round of the National Association of Intercollegiate Athletics Championship. Photo by Wally Feldt

After a memorable season of wins, awards and a championship, the Loyola women’s basketball team, the Wolf Pack end their season in the second round of the National Association of Intercollegiate Athletics Championship.

Coming off the thrilling, 89-86 overtime victory versus Our Lady of the Lake University in the first round, the Wolf Pack was unable to grasp a formidable lead over Westmont College.

Loyola was not able to beat out the clock as not even back-to-back threes by Anthony late in the game could not erase the 10-point deficit.

However, the Wolf Pack comes back to New Orleans with a memorable and historic season under their belt.

The team played in the second round of the national championship, a feat that head coach Kellie Kennedy had only done twice before.

The record-tying 25 win regular season was topped off by a Southern States Athletic Conference Championship and nine individual conference awards for Loyola.

For the seniors, Miller stands as the conference Player of the Year, an award that has not be granted to a Wolf Pack player in almost a decade.

Miller was also named on the All-American team, All-Conference team and finds her name in the Loyola record books as the 8th all-time scorer, and 7th in both assists and steals.

Jackson also had a memorable season. She tops off her three-year career as the conference Defensive Player of the Year and a member of the All-Conference team for the second year in a row.

Her name is also in the record books as she sits as 6th in all-time assists and 8th in rebounds. She also was named an All-American Honorable Mention.

The senior duo earned a 75-21 and a 78 winning percentage throughout their career while playing in the national championship in each year.