Letter: Making the world a better place is not a matter of opinion 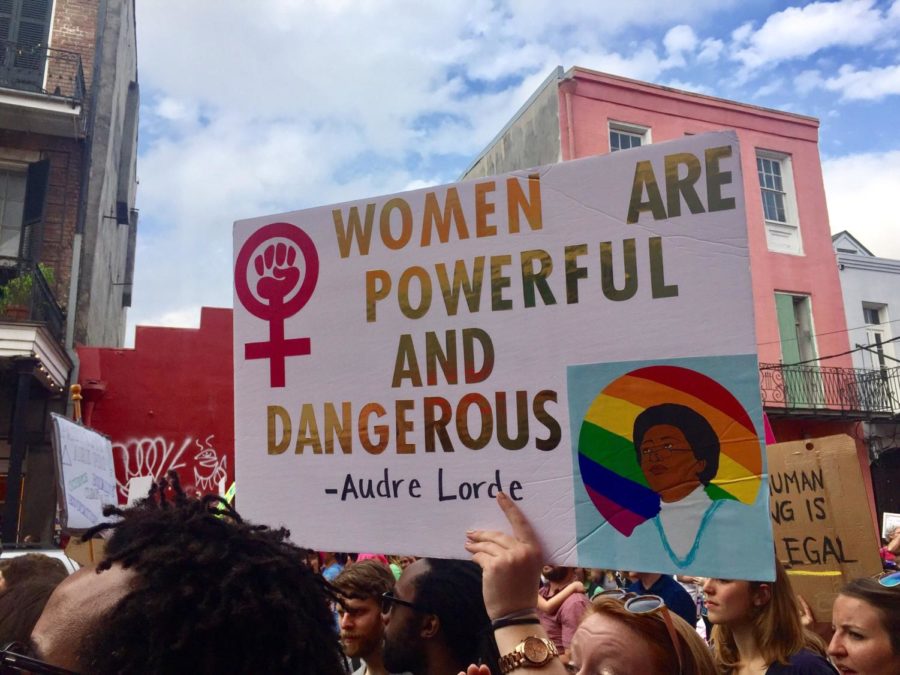 A protester holds up a sign at the New Orleans Women's March in January 2017. Courtesy / Camille Didelot

If there’s one thing I agree with regarding last week’s opinion article, it’s that hostility is not the answer to the current bipartisan atmosphere. I’m well-aware of how divided our country is, but I am not here to pretend like I want the same thing as a Trump supporter. Not even close.

In fact, it’s privileged to make such a bold claim.

I understand that many who voted for Trump are citizens trying to make ends meet, and I don’t think everyone who voted for Trump is consciously racist. However, to state that Trump supporters want to make the world a better place condones xenophobia, sexism and bigotry – and that’s just the obvious.

Anyone who can back a man, and I pull from the examples the writer used, who brags about sexually assaulting women and blatantly endorses Islamophobia makes them an enabler of those things.

In most states, defined as aiding and abetting, if you witness a crime and decide to stay silent there’s a reason that you are prosecuted nonetheless.

If you can choose not to confront the racism and misogyny that oozes from the Trump administration, it is because you are privileged enough to ignore it.

Do you really think it’s a coincidence that the white supremacists who marched in Charlottesville, Virginia, the wave of neo-Nazis who proudly sported swastikas, adore Donald Trump?

Maybe you think that reversing climate change policy, enforcing travel bans, undoing waterway regulations, weakening Obamacare or other Trump administration decisions won’t affect you. But what about those that it does affect?

Is making the world a better place a matter of opinion? Not to me. It’s working for equity, it’s working for intersectional feminism, it’s working to stop climate change. It’s taking a stand for things that may not impact you directly. It’s being a humanitarian, it’s fighting for social justice.

As a white woman, I am a part of one of the most privileged demographics in our country, which makes it my duty to resist almost everything that this administration stands for.

Constructive anger is a catalyst for change. And if there’s one thing I do know, it’s that change is coming.

According to NPR, more women are running for office than ever before. Seeing youth-led advocacy for gun control that ignited in Parkland, Florida has given me something that I don’t often feel since Trump was elected – hope.

I choose to put cooperation, hope and love into the world. I will not perpetuate hate – but I will march, vote, donate and speak out for what I believe in every chance that I get.

The Trump era will be looked at as one of the most defining moments in the history of the United States. Will you choose ignorance or will you choose to take a stand?