Loyola “will not recognize a pro-choice campus organization” 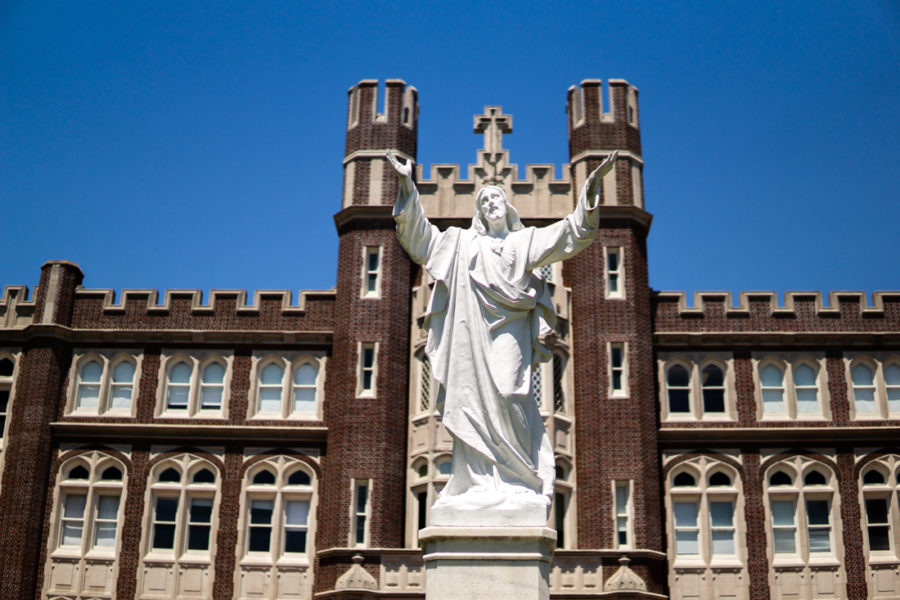 The Jesus statue outside of Marquette Hall. In a statement made to The Maroon, Loyola University New Orleans states that clubs and organizations that seek university and Student Government Association approval must maintain Jesuit and catholic values. Photo credit: Jacob Meyer

In response to a debate about political favoritism that was ignited by an April 23 anti-abortion display by the student-run organization Wolf Pack For Life, the university has issued a statement that it will not recognize nor financially support the creation or existence of a pro-abortion rights student organization.

A Change.org petition that got over 400 signatures was started in response to Wolf Pack For Life’s display by students who advocated that the university, “either allow a peaceful pro-choice rally on campus and pro-choice club in the same way that they allowed the pro-life group to form and present or issue a public apology to students who felt unwelcome,” according to the petition.

Although the Student Government Association is responsible for approving student organizations, the university stated that approved organizations must align with Jesuit Catholic values.

“While we do respect the rights of students to practice self-expression and we do provide opportunity for them to have safe spaces and voice diverging opinions, Loyola unequivocally upholds the teachings of the Catholic church regarding the sanctity of life from conception to natural death,” the university said in a statement to The Maroon.