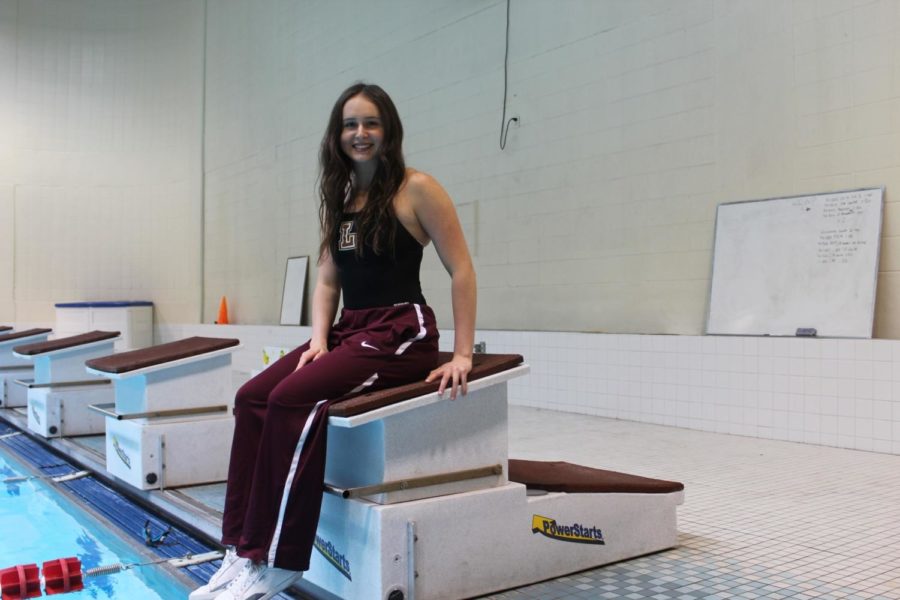 Imagine waking up to swimming drills then walking to your biology lab or philosophy lecture only to spend your afternoon back in a pool. Balancing between swim practice and school work can seem daunting and sometimes impossible.

For Paige Carter, the early practices, from riding the bus to workouts, the homework and classes are all worth it to compete as a Loyola swimmer.

Carter, mass communications sophomore, has been swimming since she was 10 years old. The fall of 2018 will mark her third year swimming for the Wolf Pack.

Carter said she learned to manage schoolwork and her sport by having a set routine.

Her days begin with practice at 6 a.m., and on Monday, Tuesday and Thursday there is a second midday practice at 12:45 p.m. When she is not in a pool, Carter’s day is like any other any other student’s. She gets ready for school, eats breakfast and goes to class. She plans out in agenda of her daily tasks, although her book is more filled than the typical student.

As a swimmer, being organized is what keeps you ahead in your sport. Having a schedule planned out teaches how to stay focused on the main goal, according to Carter.

At practice, the team exercises in two groups based on the length of the races they swim at competitions and at every practice head coach Thomas Natal never failed to inspire everyone on the team according to Carter.

Natal was a driving force to keep Carter and her teammates on track, whether in the pool or in school.

“Overall, it was TJ (Natal). He just really motivated me,” Carter said. “He’s always there for me, at the meets, too. He’s given me so many motivational speeches.”

It was this motivation that kept Carter and her fellow swimmers motivated toward a bigger goal: Nationals.

Carter said that her coach kept the athletes united and motivated as the two-year-old program captured sixth place at the National Association of Intercollegiate Athletics National Championship.

“We’re a team now. We’re there for each other,” Carter said.

Carter also saw the team increase from her first year. Loyola’s women’s swim team doubled in size, increasing from four members to nine. She said that having more people on the team also motivates her to be a better swimmer.

“I couldn’t have done it without coach TJ and my teammates,” Carter said. “Behind the blocks, I was looking at the other side of the pool, and the whole team was there getting ready to cheer. It really just set the nerves off.”

Carter said that all of the hard work is worth it, and despite the early mornings, the practices at noon and playing catchup with her assignments, there was never a practice she did not want to go to. Her season was worth it.

“This was the best year of my entire swim career,” Carter said.