Two freshmen are tearing up the trail 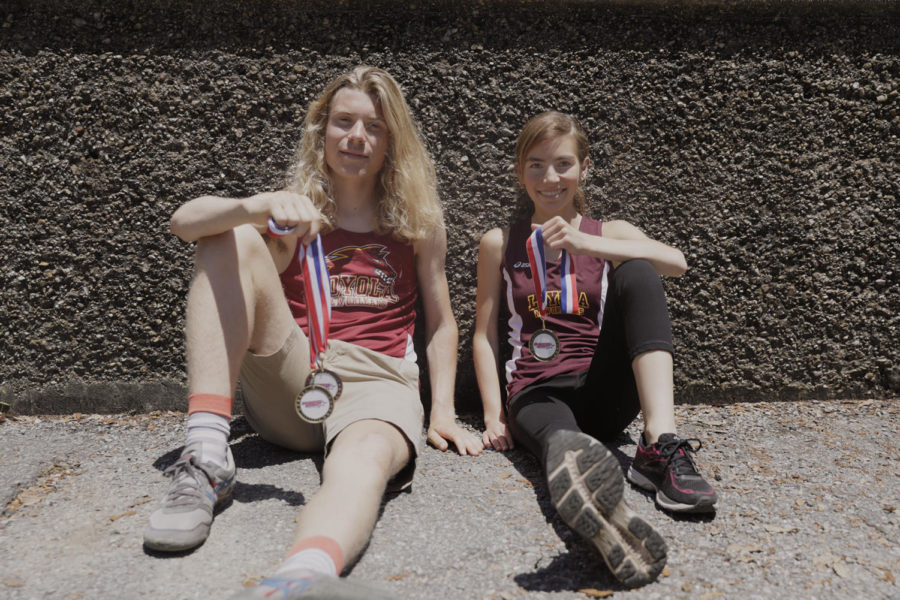 From California to Georgia, this dynamic duo has been tearing up the cross country and track and field competition.

Sasha Solano-McDaniel and Walter Ramsey’s cross-country season was a hit, both staying on the leaderboard, and they have continued their momentum on the outdoor track, despite only being freshmen.

Solano-McDaniel started off her college career on a good note breaking Stephanie LeGleu’s record from 2001 in the 5k course this year.

“When I’m running, my mind is at rest and my body feels strong,” Solano-McDaniel said. “There’s always the running high afterwards, which just makes you feel alive and ready to conquer the day.”

“I run because it proves to me that I can work towards goals,” Ramsey said. “What you put into running is what you get out of it.”

Livia Mahaffie, assistant coach, works with the two athletes. She is in her second season coaching men and women’s cross country and track and field teams for the Wolf Pack.

“I see so much potential in Walt and Sasha. Already they have accomplished so much in just their first year at Loyola. I see Walt and Sasha becoming more competitive on a national level, setting a new competitive standard for our program and future student-athletes,” Mahaffie said.

The cross-country environment is supportive. Competitors are encouraging everyone to do their best no matter their age or athletic ability, according to both Solano and Ramsey.

“The transition from high school has been noticeable, but I have enjoyed the adjustments,” Ramsey said.

Mahaffie notices the effort Solano and Ramsey bring to the sport.

“They are both highly motivated student-athletes,” Mahaffie said. “I provide direction and they run with it literally and figuratively. They give 100 percent effort in all that they do and are role models to their teammates.”

Furthermore, Solano and Ramsey qualified for the National Association of Intercollegiate Athletics Cross Country National Championship. While at the Nationals, Solano finished in third. She was also the Southern States Athletic Conference Freshman of the Year.

Solano had to adapt to be a student athlete in college.

“The hardest thing to adjust to with running in college has been keeping up with the training schedule,” Solano said. “Balancing everything is a challenge, I have to make sure I’m sleeping enough, eating right and taking care of my body.”

According to Solano, her long-term goal is for the team to continue to grow, and eventually qualify for nationals as a team.

“They are setting a solid foundation for the future direction of this program,” Mahaffie said. “By the time they both graduate from Loyola, they will have created a legacy.”