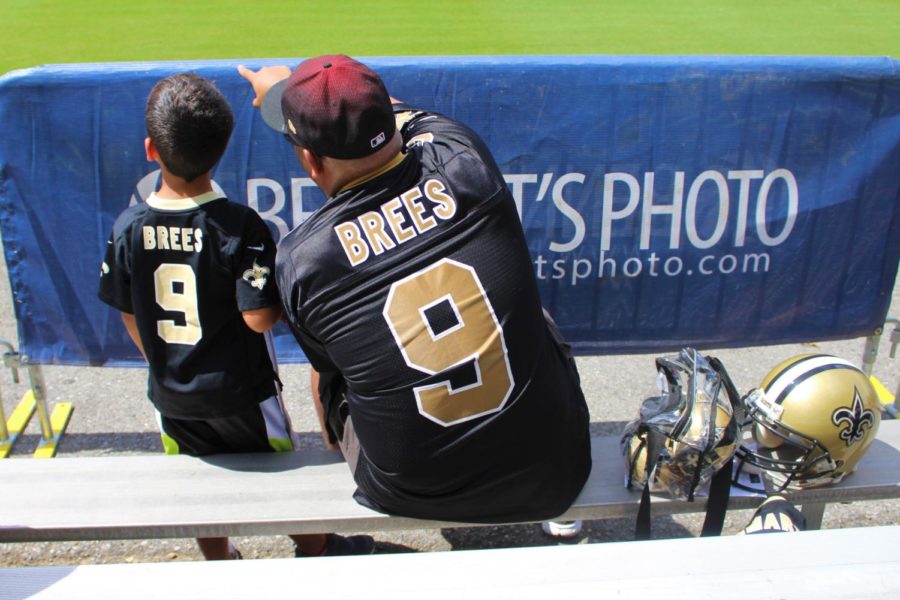 A father and son sit in the front row as they watch their favorite team practice. Saints fans piled the stands at the practice facility to catch a glimpse of their team. Photo credit: Andres Fuentes

The New Orleans Saints hit the field at the Ochsner Sports Performance Complex for their first mini camp of the season on June 12, 2018.

The mandatory practice for players saw all of their stars in action except for wide receiver Michael Thomas (13), who did attend the voluntary OTA’s. According to head coach Sean Payton, his absence was excused.

Defensive end Cameron Jordan (94) was also not in attendance as he was tending to the birth of his child.

Defensive end Marcus Davenport was in action despite having thumb surgery scheduled for sometime in the week.

Who Dat fans filled the stands to catch their first glimpse of their beloved team and have two more mini camps on Wednesday and Thursday to see their team practice and undergo drills.