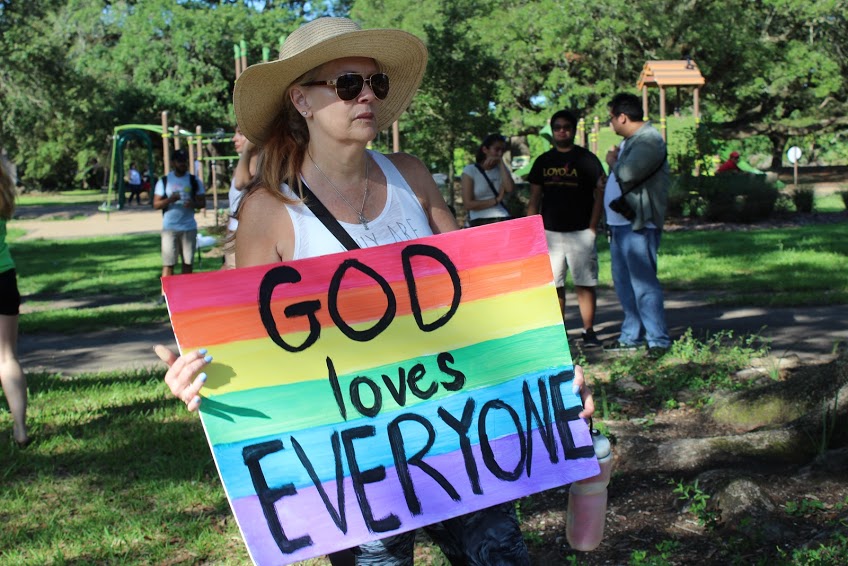 A counter-protester showing her sign in opposition of the Westboro Baptist Church. Photo credit: Rhon Ridgeway 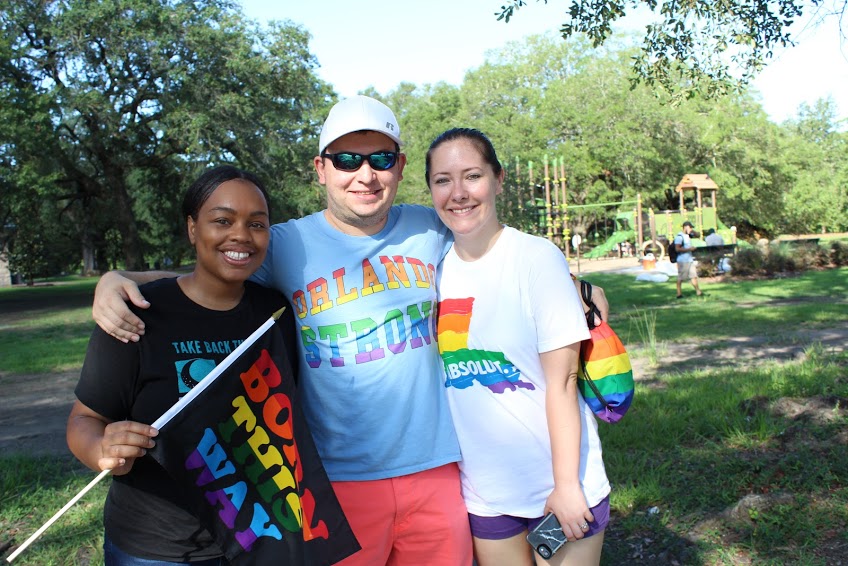 Earlier today the Westboro Baptist Church protested outside of Loyola University gaining a significant crowd of counter-protesters for the event.

Westboro Baptist Church is known for their hate speeches and protests against the LGBTQ community, Catholics, Orthodox Christians and other organizations, according to the Anti-Defamation League. The church was founded in 1955 by Fred Phelps and is very active in the community on spreading their beliefs.

This morning around 9:00 to 9:30 A.M. the church held a protest outside of Loyola University New Orleans slandering the LGBTQ community with hate signs as well as making statements about Catholics.

Shirley Phelps-Roper, a Westboro church member, came out to express her views and what she wants the outcome of this protest to be.

“Loyola is a Catholic Jesuit school, they lie on God, and priests rape children. They sent so many people to hell and we have to warn the living,” Shirley said.

Shirley also brought other members with her to the protest including Matthias Holroyd and Noah A. Phelps-Roper. Holroyd expressed how his church hopes their words will get in front of many eyes. He also stated how he doesn’t know if the counter-protesters will change their mind but it is his duty to say this is what God requires and what the LGBTQ Community and Catholics are doing is wrong.

Noah also said, “It’s a sin to be practicing homosexual.”

“Loyola is a center of academic excellence that fosters the open-minded examination of society…it is also a place of welcome for different thoughts, opinions, faiths, and cultures. As a Jesuit University, we condemn all acts of hatred and bigotry!,” she said.

Many of the counter-protesters included Loyola students along with alums, Tulane students, and New Orleans natives.

“The fact that they’re using scripture as a weapon for hate us very troubling to me as a Catholic and Christian. To be hateful towards other religions and the LGBTQ Community is just ridiculous and unwanted,” Lucas said.

Trist also specified why they are protesting against Westboro, “we want to show the world that Loyola is a loving place that accepts people of all beliefs. We see religion as a view of love and these people are using it to be pardon my french ‘douchebags’.”

New Orleans locals disclosed their views on Westboro Baptist Church and how their protest is affecting the community.

Anna Strimas, counter-protester, stopped by the protest to mention how this negativity in front of the church and the children is not right. Strimas is a devoted Catholic supports Loyola University.

When asked about Westboro Baptist Church, Strimas said, “I don’t like them for the same reason most New Orleanians don’t, we love our gay, we love love!”