Column: For a Greater Loyola 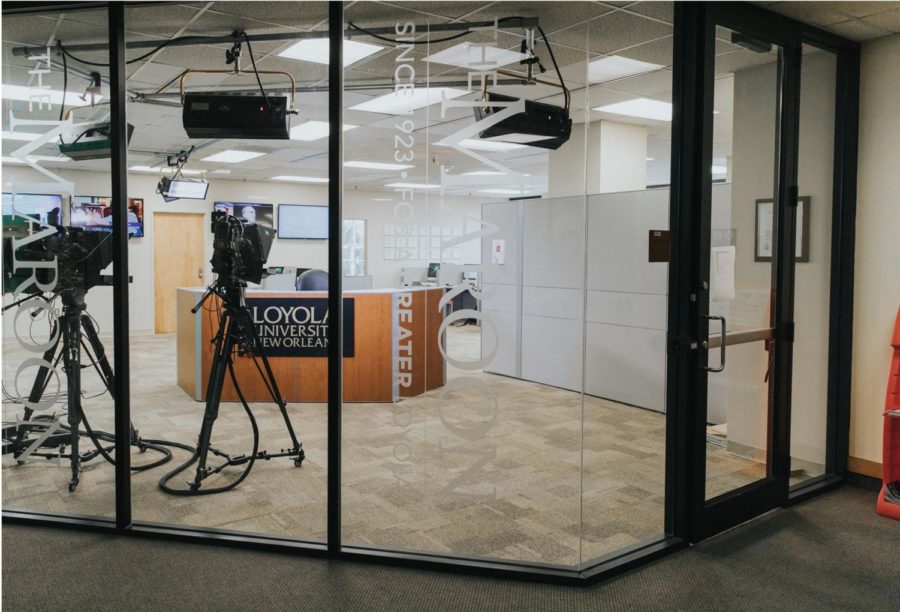 My Thursday started at 6 A.M. I woke up, rushed to grab coffee and doughnuts, and went to The Maroon office.

I got there earlier than everyone, hours earlier, as I was excited to help with the coverage of a protest on Loyola’s campus.

And as my fellow staff members started trickling into the office, I could have sworn each one was more excited than the last to be out in Louisiana heat, covering the protest. All seven of us were excited to take photos, tweet video and document the event as a team.

We were excited to be journalists.

After the protest had ended, the editing was done, everything was uploaded and I finally left school to take a well-deserved nap, I felt proud of what we had done. I truly understood why we were as good of a newspaper as Princeton Review says we are.

That clung to me throughout the evening, until I clocked off from work and opened Twitter to see that five journalists from the Capital Gazette had lost their lives from a crazed gunman in their own newsroom.

My heart slowed when I read that headline. I froze in my car for a moment. The only thing I was able to think of: What if that happened at The Maroon?

And that is the same question that has been haunting me ever since.

At an ever-increasing pace, the career path of “journalist” has been vilified. Less respect is given to reporters. Anchors are constantly mocked on social media and newsrooms are sent disturbing messages and hateful remarks from their communities.

And while we are taught to shrug it off, block the haters on social media and move on with the coverage, we can’t ignore that sometimes the hate goes too far. The hate took five lives in the Capital Gazette newsroom, the two lives of Alison Parker and Adam Ward while they were live on-air, and the victims from the YouTube shooting.

The media is constantly judged, always in the public eye and vulnerable to violence. Why then am I here? Why do I put myself through this? Why do I let my fellow staff members do the same?

Speaking for myself, journalism is more than just having a byline in the paper, shooting or covering an event, or anchoring in front of a camera. Journalism for The Maroon means, “For a Greater Loyola,” whether we cover the latest basketball game, concert or administration fiasco.

Even though five members of their staff were shot in killed in their very office, the newspaper went out the very next day, on time and as scheduled. The dedication to news, to informing their community, is admirable and astounding.

So while it has been some days since our coverage of the protest, after all the hate I received online through emails and comment sections from the radical protesters, I feel proud again. We got up early, battled the other news stations for coverage, acted professional and covered the event as a whole that day.

Nonetheless, we will write, report and cover amidst the growing hate and the potential dangers to us as journalists. We work under that same mantra – For a Greater Loyola.