Loyola volleyball takes three out of four at Dillard Classic 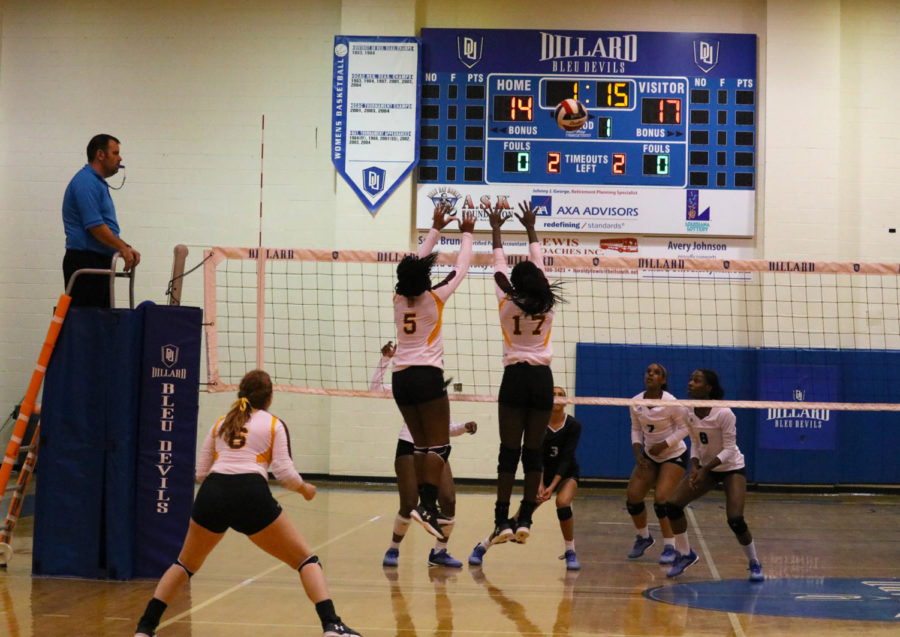 The Loyola Volleyball team finished the Dillard Classic by winning three out of their four total matches.

Loyola started the event by taking all three sets against Talladega College, but dropped the second match to Huston-Tillitson University 3-0 on Friday, Aug. 24.

In the first set of the first match against Talladega College, the Wolf Pack started slow dropping behind 15-9. Loyola rallied though to take the set 25-23. In the second set Loyola once again started off losing ground down 6-2 before dominantly rallying finishing the set with a 25-15 win. Unlike the first two sets however, the Wolf Pack controlled the third set never allowing Talladega to take the lead to 25-14 win in the set and to clinch the match

Loyola didn’t experience the same success against Huston-Tillitson. Huston Tillson edged out Loyola in a competitive first set 27-25. The next two sets would not be as competitive as Huston Tillson topped Loyola 25-9 and 25-14 to take the match.

The next day against Jarvis Christian College taking the lead in the first set and never giving it up to the Bulldogs finishing the set 25-20. Loyola finished the next two sets in dominant fashion topping the Bulldogs 25-11 and 25-9 in the second and third sets respectively.

Against Dillard, Loyola started out strong in the first set getting off to a lead that they wouldn’t surrender taking the set 25-19. Dillard responded however, resisting Loyola’s runs to take the second set 25-23. In the third set Loyola dropped behind. Dillard held a 15-10 lead before Loyola rallied a few points later winning ten straight points. Dillard would go on a run of their own evening the score at 22 each before Loyola would pull take the set 25-23. In what was a very competitive matchup throughout, the fourth set was no different than the previous three. The teams stayed within three points of each other for most of the set but the Wolf Pack were able to come out on top 25-22 to claim their last match of the event.

The Wolf Pack takes the floor next on Saturday, Sept. 1 against Friends University and will play another four games total that weekend as they participate in the University of St. Thomas Labor Day Tournament in Houston Texas.