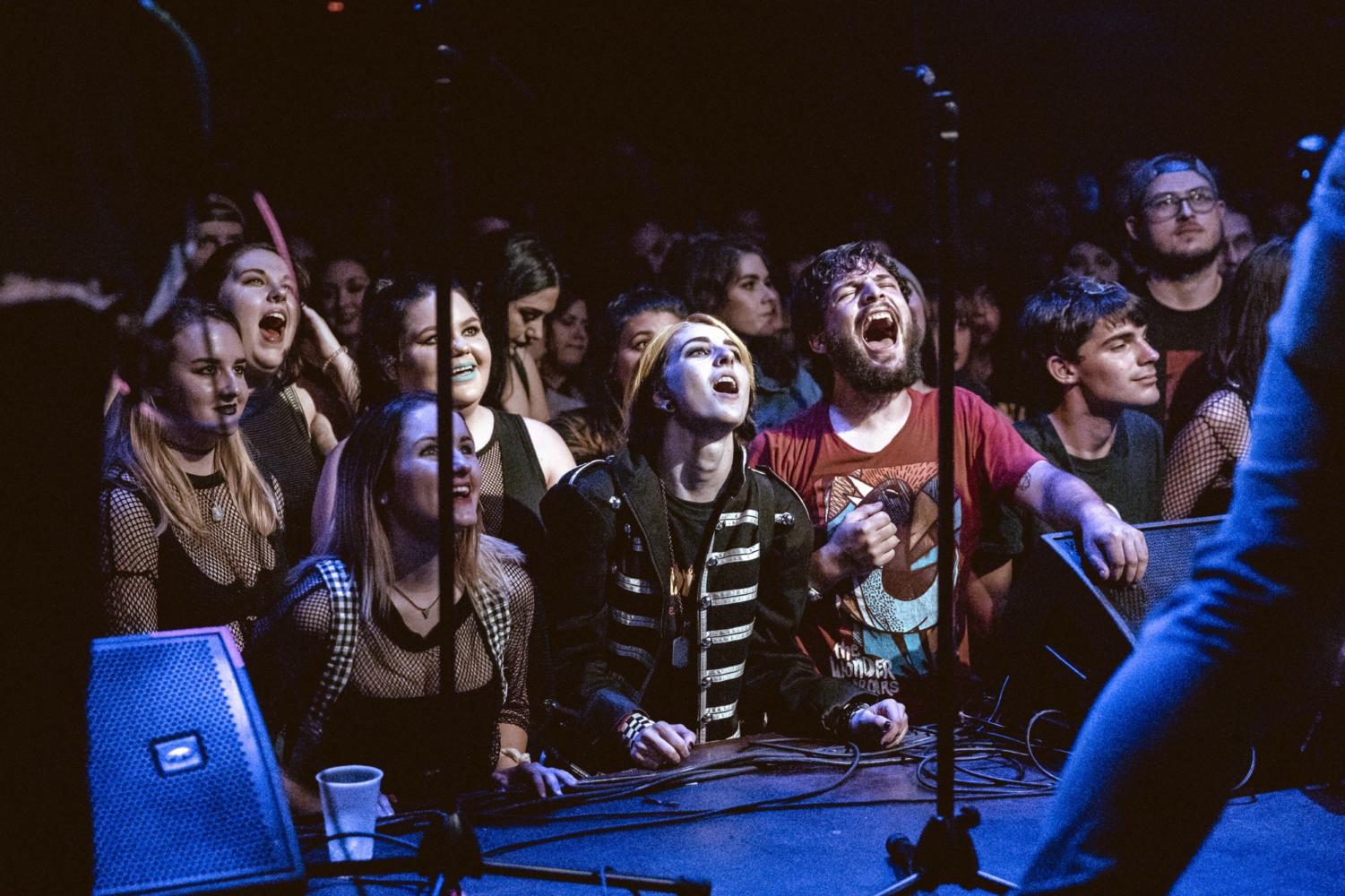 Emo Night goers crowd around the stage. Emo Night was unlike most concerts because no barricades separated the musicians and the audience. Photo credit: Julia Santos ( Julia Santos)

Emo Night goers crowd around the stage. Emo Night was unlike most concerts because no barricades separated the musicians and the audience. Photo credit: Julia Santos 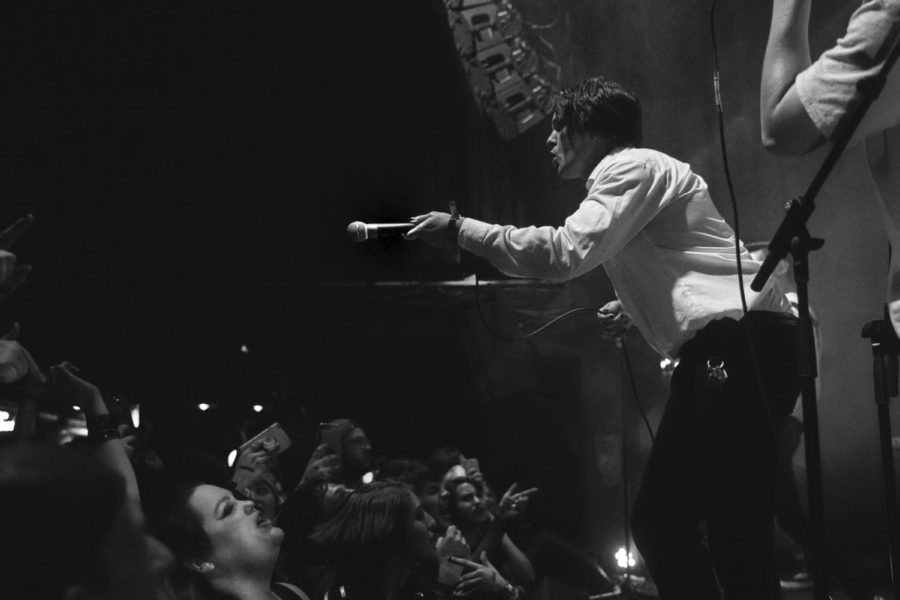 Gallery|8 Photos
Julia Santos
Hey Thanks! frontman holds the microphone over the crowd. The audience was encouraged to let our their emotions during the show. Photo credit: Julia Santos

Emo Night NOLA has brought a new meaning to the teenage rallying cry of “it’s not just a phase, mom!”

Inspired by his personal connection to the genre, Christopher Folse, public events director at Republic NOLA, wanted people to rediscover the soundtrack of their teenage years through Emo Night. The event had a strict covers-only policy of popular emo and pop punk songs from the mid-2000s. The Fourth Emo Night hosted by Republic NOLA featured pop punk band Hey Thanks! from Lafayette, Louisiana who played live covers. They covered songs from bands such as Panic! At The Disco, Taking Back Sunday and My Chemical Romance. Afterward, DJs took over carrying the event on well into Saturday morning.

Emo Night stands alone from other music events, which are typically aimed at revenue. Folse explained that Emo Night will always be about the music, and not turning a profit.

“You don’t need major headliners, you just need locals,” said Folse. He intends to keep tickets at an affordable and appropriate $6.66 and does not see the event ever outgrowing the Republic.

Ryan Mader, marketing junior, marketing coordinator and artist hospitality at Republic NOLA further explained that Emo Night NOLA is about the locals. As is the case with most venues, Emo Night is an atypical event as it does not often book people outside of the city or attempt to draw in a large demographic.

“Emo Night is 100 percent New Orleans endorsed,” said Mader. “It’s not some big name event. It’s a couple of local DJs and a small band from Lafayette, but people still come for it. That’s the coolest part to me.”

Emo Night exists to give people a nostalgic experience where they can remember a time in their lives when a certain genre of music is all they needed to get them through life, according to Folse.

“Emo Night lets us remember a time when we learned something about ourselves,” said Folse.

The event gives an outlet to locals who found this genre to be an influential part of their young adulthood. Proclaiming itself as “Emo Night: A Place for Feels,” the event aims to provide a judgement-free, inclusive space where locals can relieve stress through the music that helped them survive the angst and confusion of their teenage years.

It’s uncommon for events to be planned to fit one’s personal preference, but Folse expressed that by taking a personal approach to Emo Night NOLA, he was able to draw in an audience that shares his passion for this genre.

“Everyone in the audience wears the same checkered Vans that I’m wearing,” said Folse, when explaining the personal approach to Emo Night NOLA.

Recognizing the first note of “Welcome to the Black Parade” may have become a running joke, but at the same time, it can serve as a reminder for how influential music can be. Like most concerts, everyone in the crowd may appear to be complete strangers to one another, but there is a commonality among them in their admiration for the music.

With Emo Night NOLA, a nostalgic feeling for a genre that saw short-lived popularity is the string that ties everyone together.

“We all connect through the lyrics even though we don’t know each other,” said Folse.

At the end of the day, Emo Night NOLA shows that emo music may have slipped out of the limelight, but not out of the hearts of those who listened to it. Today, disappearing into a crowd and belting out “Mr. Brightside” might still prove to be the experience you need to shake off the troubles of the week.