Mass of Healing addresses abuse in the Church 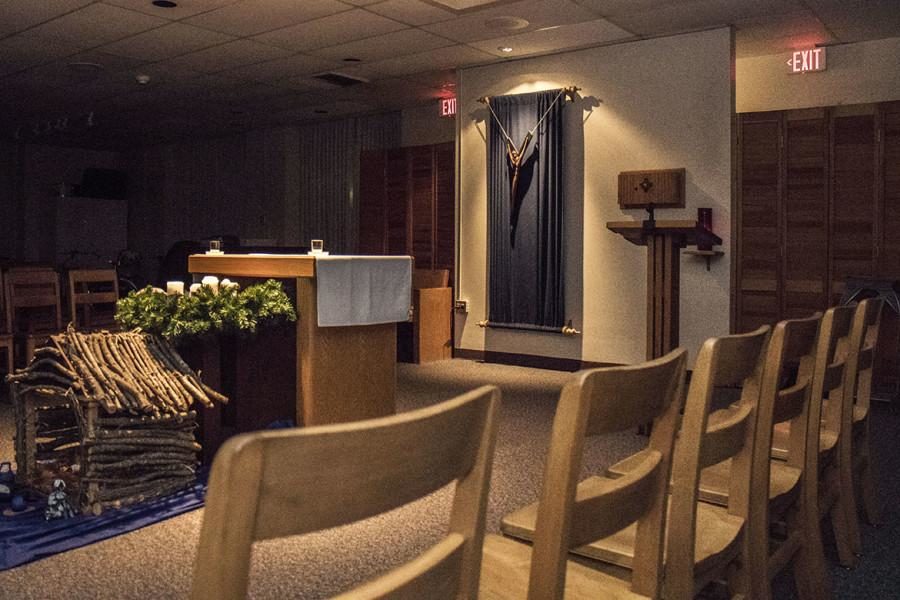 In response to recent revelations of sexual abuse within the Catholic Church, Loyola hosted a Mass of Healing on Sept. 15 to bring the community together in prayer for those who suffered abuse at the hands of ministers of the church.

The Mass was celebrated by the Rev. Billy Huete, S.J., who began by announcing that the community must pray for all those hurt by the church’s ministers and ask victims for forgiveness. He acknowledged the need for the church to address this tragedy fully and called specifically on himself and his fellow Jesuits to prevent abuse in the future.

The Rev. Ted Dziak, S.J., vice president of mission and identity, called the revelations “shocking and abhorrent” in a message to the Loyola community and described feeling “anger, frustration and shame” in response to the scandal.

Dziak echoed the words of Pope Francis, saying it is essential that this issue be acknowledged and confronted with “honesty, compassion and resolve.”

Jack Terzian, music industry senior, spoke of his “utmost compassion for the victims” and said that “justice should be served.” Terzian said he was especially hurt because the crimes of these priests “do not reflect what the Catholic Church stands for or preaches.”

“The priesthood is still the priesthood,” Terzian said. “There are many just men who enter the priesthood, and the actions of unjust priests have become crosses to bear for those good and righteous men.”

Huete, Dziak and Terzian, though outraged by the crimes committed by ministers of the Church, all said they have hope.

In his homily, Huete also spoke of the Charter, a set of procedures put in place in 2002 by bishops to identify and remove abusive priests, saying that it “has done a pretty good job of protecting minors. Most cases which are brought to light now are from before 2002.”

“The problem is that in 2002, the bishops put procedures in place to remove priest wrongdoers but not to remove bishop wrongdoers. That is a big part of what’s going on now. Clearly, it is time for the bishops to be held accountable,” Huete said.

Huete said he supported the Mass of Healing and its message.

“These events and conversations are important now to show that we insist on further safeguards and protections,” Huete said.

Dziak finds hope in the “spirit of divine love” which he said fuels Loyola.

“We must cultivate a spirit of solidarity with the most vulnerable in our midst and seek to bring healing to those who suffer,” he said.

Terzian echoed that message of love.