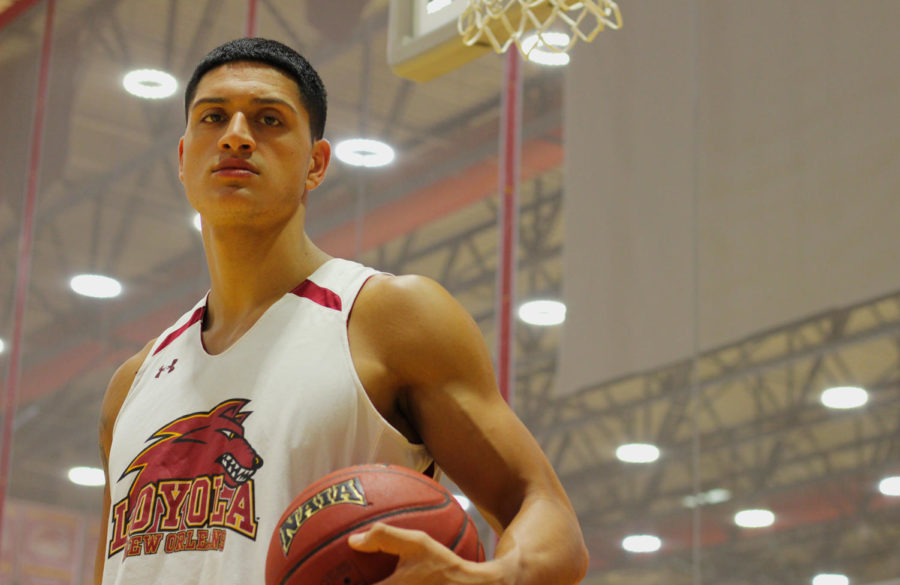 Sammis Reyes joined Loyola for the season. Reyes, a transfer from Tulane, previously played for the Chilean national team.

Loyola men’s basketball team bulks up its talent this season with the addition of business senior Sammis Reyes, a transfer from Tulane. Reyes adds a dose of high-level experience having played on the Chilean national team.

Reyes played as part of the team in qualifiers for the International Basketball Federation (FIBA) Americas Qualifiers in preparation for the Basketball World Cup in China in 2019.

“That was a great experience for me,” said Reyes. “We had great competition, we played against Brazil, Colombia, and Venezuela. Those were great chances for me to play. That’s why I chose to step off of Tulane and really focus on that for the second semester.”

Reyes said he felt honored to be selected to represent Chile.

“It was awesome,” Reyes said. “I’ve been with the adult team since I was 18 so it has been a great, great experience. It’s always a pleasure and it embodies a lot of pride that I have for my country.”

Reyes played only two games for Tulane last season. He elected to not play at Tulane the second half of the semester because he felt that he needed more minutes and was also selected to represent his country on the Chilean national team.

Reyes credited his relationship with Coach Stacy Hollowell as one of the main factors that got him to Loyola.

“We had been talking for a little while,” said Reyes. “He really convinced me, he really stepped up recruiting and he told me all the great things that Loyola had to offer, so that was a no-brainer for me to just come here and take a bigger role than I had at Tulane.

Hollowell cited Reyes’ experience as one of his more valuable traits.

“He’s got a lot of experience,” Hollowell said. “He’s been around professional guys his whole life and can help transfer that information to our young guys.”

Reyes said he is looking forward to taking a veteran role on the team.

“We have a lot of younger guys so one of my biggest goals as a leader is to guide them during the season,” Reyes said. For a lot of these guys, this is the first time that they will experience it so I really want to in that sense.”

Hollowell explained that Reyes’ role will fall into place as the season progresses.

“The in-game stuff will play itself out,” Hollowell said. “I think we’re versatile enough to adapt and make changes as needed.”

Despite games having not begun, Hollowell explained how impressed he is with the impact Reyes has had on the team since practices began.

“The immediate impact is that our guys listen, they look up to him and they see the work that goes into professional strength,” Hollowell said. “A large part of that is nutrition and that’s stuff he’s shared with our guys and that kind of leadership is going to go a long way for us.”

Hollowell said he isn’t too worried his production levels entering the season.

“He comes from a high-level conference,” Hollowell said. “He’s played high level basketball. The production will play itself out and we’ll make adjustments as we see where we see the strengths arise.”