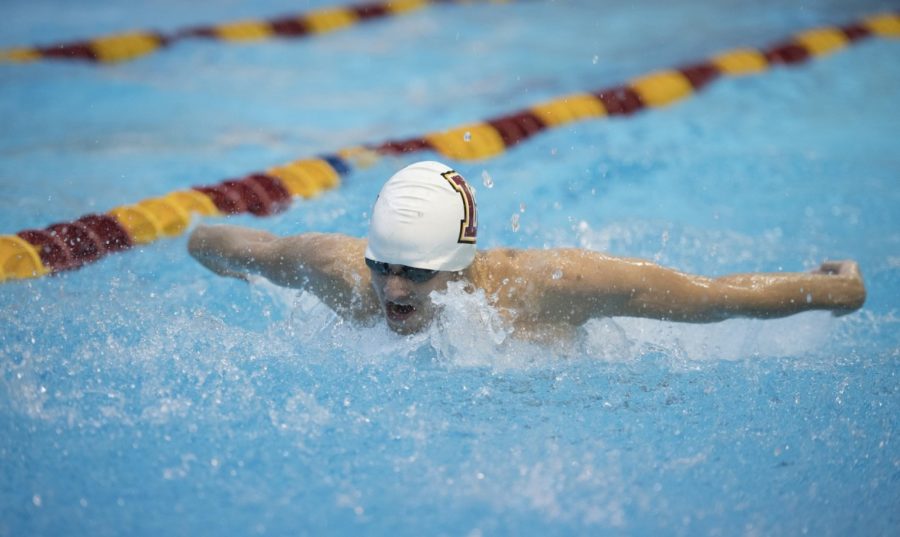 In the first meet of the year, the Loyola men’s and women’s swim team took 11 first place finishes as well as set one new school record.

English sophomore Jack Jackson excelled at the event breaking his own previous school record in the men’s 200-yard butterfly event by finishing with a time of 1:58:28 breaking the two-minute mark for the first time in his career.

Jackson took two more first place finishes with one coming in the men’s 100-yard butterfly as well as being part of the men’s 200-yard medley team that took first as well.

As a result, Jackson was named Mid-South Conference’s Men’s Swimmer of the Week. Loyola swimmers did not earn that honor at all last year.

The Wolf Pack dive in next Oct. 20 in Birmingham, Alabama against Savannah College of Art and Design and Birmingham Southern College.