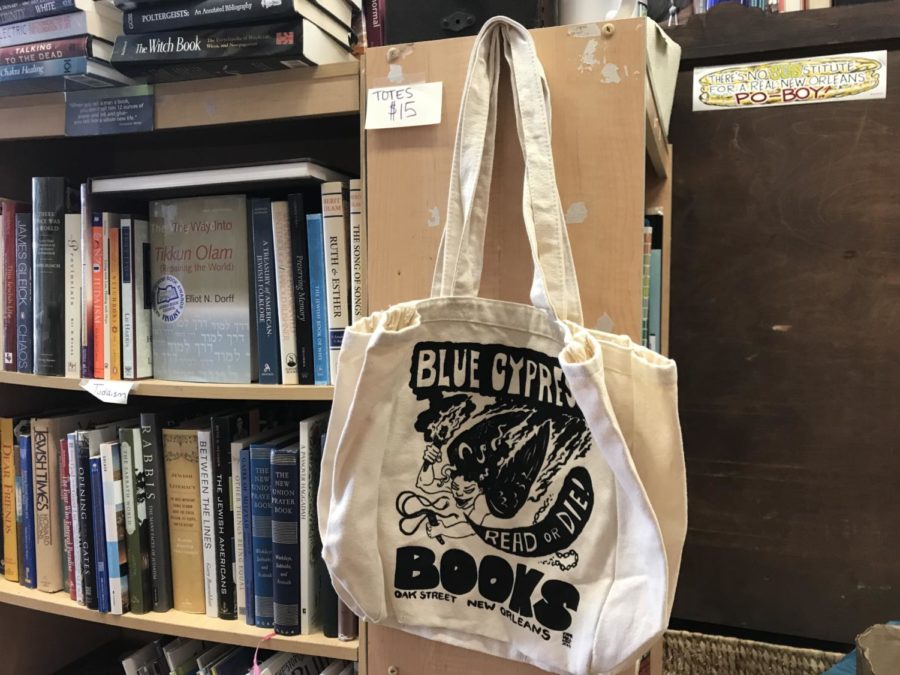 Nestled between Plum and Zimple Streets, just out of sight of the St. Charles streetcar, sits Blue Cypress Books, 900 square-feet stacked full of almost 14,000 new and used books, and one of the three remaining independent bookstores in Uptown New Orleans.

“I really did feel there was a need in the community for a secondhand store. At the time, there was a new book store, Maple Street Book Shop, but they were not selling second-hand when I opened ten years ago,” Ahlquist said.

In the summer of 2017, Maple Street Book Shop closed its doors and the pastel pink shotgun home that once housed the oldest bookstore in New Orleans went up for sale. Since 1964, the shop sold books in order to “Fight the stupids.”

Blue Cypress Books responded to the closure of Maple Street Book Shop by increasing its stock of new books from about 5 percent to 30 percent in the last two years and although the store’s closure affected the close-knit bookselling community, according to Ahlquist, she said she is confident in New Orleans’ passion for reading and the future of her store.

“We have a very literate, active community here,” Ahlquist said. “There are 13 bookstores in this region which is pretty intense for our population.”

Although she has faith in the New Orleans community, Ahlquist said that the biggest obstacle facing most independent booksellers is not the rise of large companies such as Amazon, but people’s desire to read.

When it comes to the future of her store, Ahlquist said she is excited to give back to the community that inspired her to open her store.

“Right now my brain is filled with new and fabulous things to do,” Ahlquist said. “We want to do more community events. I’ve been doing off-site community events for the last year and I really want to expand those. We’ve worked with two schools now on putting on school book fairs consisting of secondhand books all under the $5 price which, for our community on a budget, has made it so basically I can get a book in every kid’s hand.”

While she refuses to pick a favorite book or favorite child, Ahlquist said that it is easy to name the best part of her job.

“Books, playing with books, being around book people. I love this city and I get to work with books. That is pretty much all I ever wanted, ” Ahlquist said.