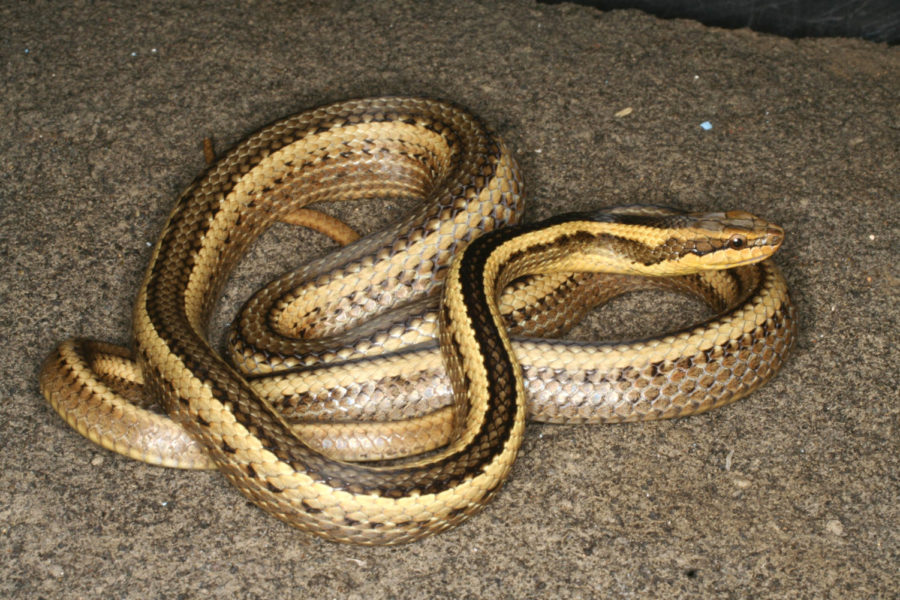 “Pseudalsophis thomasi,” Robert Thomas said with the biggest grin on his face. The reason being, it’s the name of a Galapagos snake that was named after him.

Devoting nearly 40 years of his life to snakes, Thomas, director of the center for environmental communication, has named countless species after people he has admired over the years, but now he can finally say that there is snake named after him.

“Thomas’ racer,” as the species is more commonly called, is a fast-moving snake with brown and cream stripes that is found on two islands in the Galapagos.

Thomas was initially involved with the discovery when a group of scientists wished to use his help in studying the snakes of the islands in a more detailed and high-tech fashion.

“These Brazilian guys wanted to do a different kind of study where they looked at a molecular perspective,” Thomas said.

The group wanted to catalog the creatures with as much detail as possible.

“They were looking at tissues and everything from molecules and DNA,” Thomas said.

The group relied heavily on Thomas’ knowledge as he has been an expert in the islands’ snakes since the 1970’s. Once the team discovered the three new species, a decision had to be made on what to call them.

“They realized they had three new species, and they said, ‘You know, we really want to name one of these snakes after you but you can’t be an author. The rules won’t allow that,'” Thomas said. “But you know, it’s not that often that you get a species in the Galapagos Islands named after you.”

When Laura Jayne, director of student services for the school of mass communication, heard the news, she was not shocked.

“I can’t think of a better person to have a snake named after them. I think it’s fantastic. He’s one of the coolest professors that we have,” Jayne said.