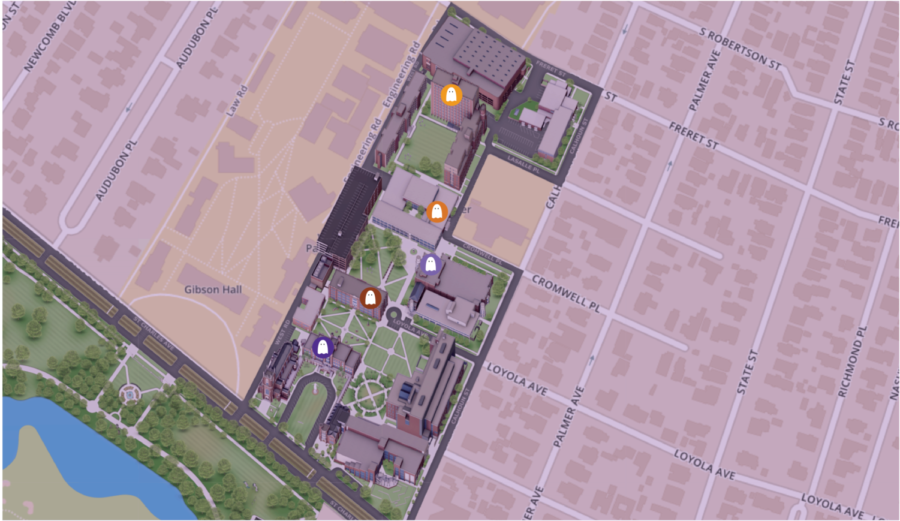 As an incoming freshman I did a quick Google search of Buddig Hall hoping I could find pictures of the layout or color of the walls. Instead, I found an previous Maroon article by Vicki Calloum claiming an exorcism was once performed on an 8th floor resident after a game of Ouija went horribly wrong. But, this happened in the 60s, so Buddig’s probably not haunted anymore, right?

In the amount of time it takes to wait for the Bobet elevators to open, you could’ve already been in class if you’d just taken the stairs. With a distinct creaking sound that haunts me while I try to fall asleep at night, the Bobet elevators deserve to be #1 on the scariest elevators of Loyola. (And this is coming from someone who once got trapped in a Buddig elevator with 12 other people for an hour and a half.)

When filled with students, this commuter lounge can be a pretty fun place. But when it’s empty, walking through the Dana Center basement and gazing into the deep, dark abyss of that Satchmo’s cave is enough to throw you into an existential crisis.

Legend has it that past students would once look out their windows and see cadavers slowly making their way to the top floor of Marquette. Of course, there’s a reasonable explanation for this: it used to be a morgue.

Calling what is essentially an extended cubicle a ‘castle’ does not make it anymore appealing. How do you even get in there? Is there a moat? Is there a drawbridge? No? Then it’s not a castle in my book. It’s a big, creepy box, y’all.