A dialogue for peace brings Loyola and international students together 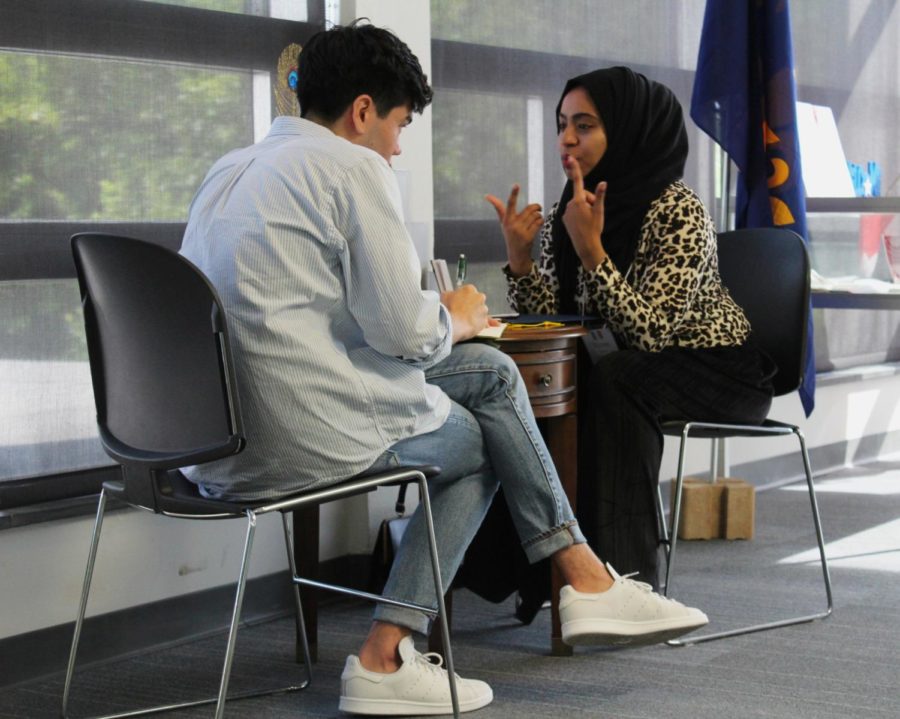 Loyola and French students join together in the Audubon Room to talk about the interaction of different cultures. The Leadership Dialouge for Peace Forum was brought to Loyola for the 300-year anniversary of New Orleans. Photo credit: Andres Fuentes

New Orleans and France once again embraced one another as students from Loyola and France joined together to talk about how the two cultures interact during a Leadership Dialogue for Peace Forum that lasted from Oct. 25 to Oct. 27.

Rotary International and the France Inter-Country Committee hosted the event for seven French students and 13 Loyola students in the city that was originally founded by France 300 years ago.

“The idea was to have the cities (New Orleans and Paris) link and the way to do that is to have student exchanges and a mixed seminar between the two,” Matthieu Grandpierron, French academic director, said.

Cultural exchanges, conflict resolution techniques and the sharing of ideas were the main focuses of the forum with the hope of promoting peace and training the leaders of tomorrow.

“Students have training in how to facilitate dialogue. Especially how to breach social differences, intellectual differences, personal opinion and how to prevent stigmatizing,” Grandpierron said.

The dialogue during the forum was geared to promote more open-minded techniques when dealing with crisis situations or conflicting viewpoints between individuals of different cultures.

“The genesis of this dialogue was the goal of decreasing polarization,” Linda Low, the creator of A Leadership Dialogue for Peace, said. “In a world that is becoming increasingly polarized, we think what is missing is the space for meaningful and substantive dialogue because if you have meaningful and substantive dialogue and see someone’s point of view from how they live their life, then its more likely that you can have a civil conversation.”

Along with the forum, the students attended presentations by President Tania Tetlow, Consul Générale de France Vincent Sciama and French and American district governors of Rotary District 6840. They also recognized the Seven Flags of the Tricentennial exhibition, created by Loyola Honors students, hosted this year at the U.S. Mint.

“In our increasingly divided world, both the Rotary Club and Loyola University represent a proud tradition of encouraging young people to listen to opposing points of view and come together to solve problems,” Tetlow said.