Column: Being a small program makes us great 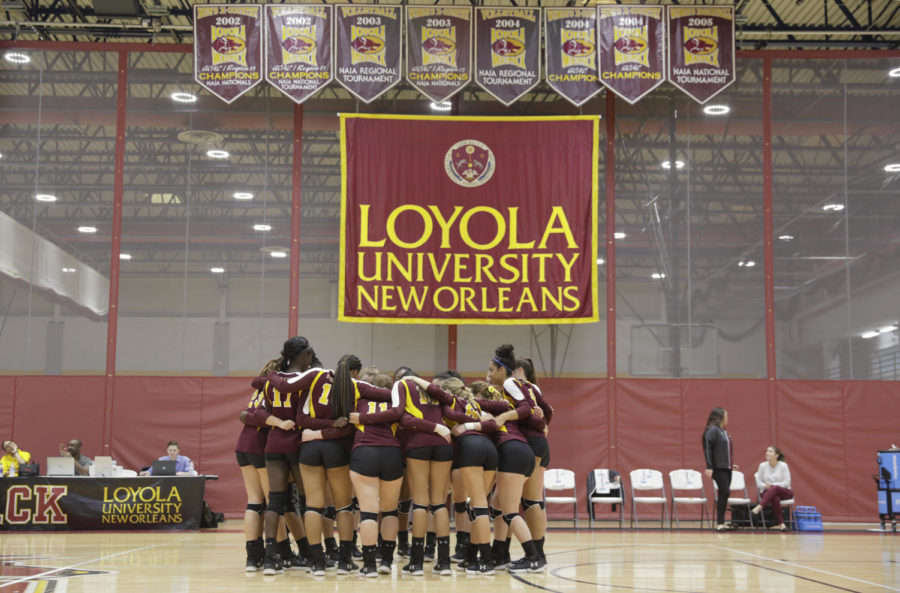 I couldn’t tell you the exact morning, but I was listening to Mike & Mike, a morning ESPN Radio show, on my commute to campus one day. I was more in tuned that morning as Michael Smith, a Loyola alum and personal role model of mine, was on the show.

The hosts Mike Golic, Mike Greenburg and Jemele Hill were discussing their college football teams and their schools’ traditions. They went back and forth, arguing over which school had the best mascots, bands, student sections and more.

I don’t remember his exact words but Michael Smith said something like, “Yeah, my alma mater doesn’t have a football team but I used to tear up the Res Quad in flag football.”

Everyone laughed and the segment switched to more sports news. But what Smith said lingered with me throughout my time as a Sports Editor for The Maroon and as its Editor in Chief.

No, Loyola doesn’t have a football team. We don’t tote around a live mascot to our home games. We don’t have a halftime band or big tailgates. Our athletic scene is small, it’s intimate and I love it.

I share a newsroom with a competitive dancer who is a conference champ and a swimmer who just can’t stop breaking her personal records. I have done group projects with “Athletes of the Week” and I have eaten meals across from champions.

Being at Loyola, I got to know our athletes, whether they perform on a national stage or are going through a midseason slump. I share the halls with our athletes and have the same issues with the WiFi and long Starbucks lines as they do.

Loyola allows it’s students and student-athletes to co-exist in a way that you won’t find in Baton Rouge or even across Freret St.

For an athletic program with the tagline, “Back the Pack,” they really do wonders in supporting campus events and groups. Our athletes show that they are more of a Loyola student than a sole jock.

You’ll find our runners, golfers, swimmers and more at events such as Take Back the Night and 3rd Fridays or out tabling in the Danna Center during the window.

Our athletes embrace Loyola just as much as they embrace their sport, and that’s something unique to our school.

So, yes, we don’t have a football team and the fanfare that comes with it, but we have athletes that fully embracing being a part of the Pack.