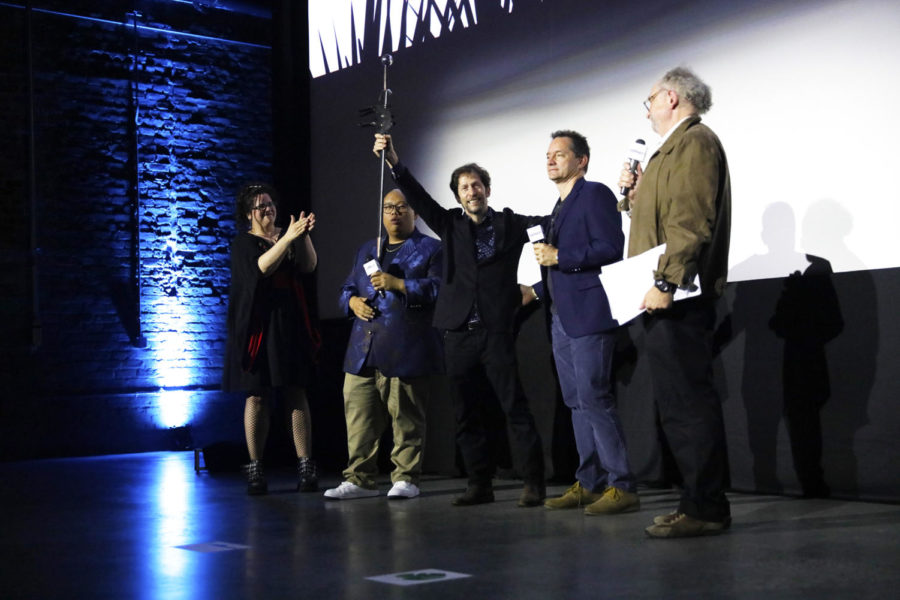 At first glance, 15th-century Spain might not appear to have much in common with modern-day St. Bernard Parish, but one Louisiana filmmaker strongly disagrees.

Chris Poché wrote and directed the Louisiana-based film “The True Don Quixote,” which premiered at the New Orleans Film Festival on Oct. 20. The film tells the story of Danny Kehoe, a Southern Louisiana man, played by Tim Blake Nelson, so let down by his reality that he decides to create his own by burying himself in books and becoming a self-proclaimed knight.

While the film’s setting in 2018 Louisiana may seem unconventional, Poché explained that it made perfect sense for his adaptation of the 400-year-old Miguel de Cervantes novel about a man who becomes convinced that fairytales are his reality to be set in his own backyard, as it is a story about our neighbors, our families and ourselves.

“The beauty of the story is that it could happen anywhere. It doesn’t have to be 1605 in Spain and you don’t need a windmill,” Poché said. “Every time someone’s desperate enough to go out and live their life in that kind of madness, they become Don Quixote.”

Poché said he read the Cervantes novel for the first time six years ago and was struck by its simplicity, which he hoped to convey in the film.

“I was surprised when I actually read it, that it’s not a grand epic. Don Quixote is not a real adventurer, his horse is lame and his squire lazy—they barely get out of their neighborhood,” Poché said. “I think that’s what’s different in our version—other than the setting— it’s very true to the book. No time travel, no songs— just the story.”

Aside from the setting, the film made other minor adaptations to the novel, replacing the protagonist’s horse Rocinante with an orange moped and Quixote’s “lady love” Dulecinea del Toboso with Lady Dulce De Leche of Tobasco, a name Nelson’s character in the film comes up with after an incident involving a pint of the New Orleans Ice Cream Company’s frozen dessert.

These humorous anecdotes, among others, punctuated the serious undertones of the film and left many audience members laughing one minute and sighing heavily the next.

“I tend not to distinguish between humor and drama and to see them both in everything,” Poché said when explaining his filmmaking style and the story of Don Quixote.

It is this overlapping of the reasonable and the absurd that defines “The True Don Quixote.” Despite scenes involving knighthoods in dive bars and battles against oil wells, the film begs the question: Is it really crazy to account for the disparity between reality and the one we desire by creating our own?

Ann Mahoney, a former Loyola professor who plays Quixote’s niece in the film, said she was inspired by Poché’s interpretation of the story in today’s world. A world, Mahoney said, that can often be defined by apathy.

“He told a story of a man who says ‘enough’ and goes and seeks glory. And because of his passion, he brings all these other people along who have also lost their zest for life,” Mahoney said.

Although he may wield a mop as a lance, Quixote forces the people around him and the audiences of Poché’s film to wonder whether those who are truly mad are the ones who simply accept the reality of the world around them.

“This Don Quixote is saying that a full life, with joy and pain and shame and triumph, is available to you as soon as you become your true self, no matter how weird and crazed the world may think you are,” Poche said.