Friendship between two Loyola runners goes beyond the race-trail 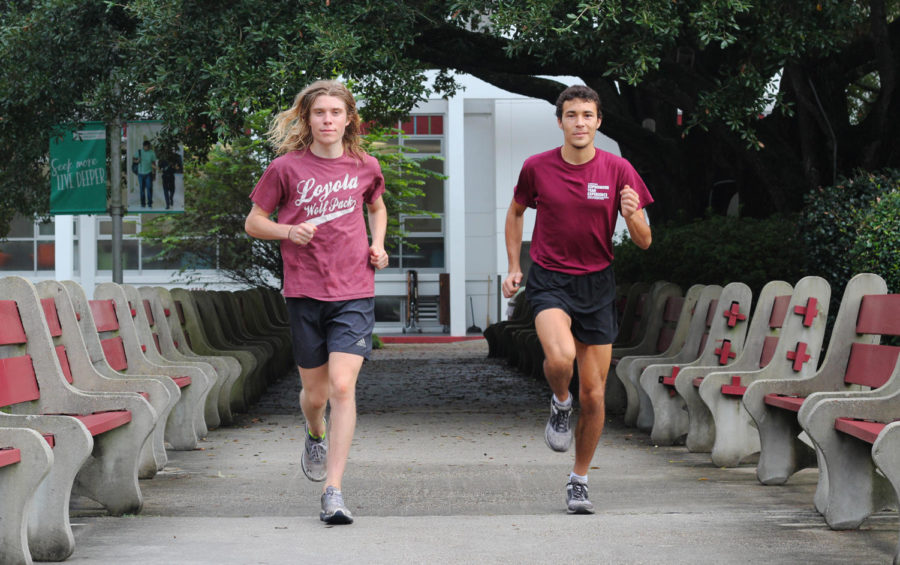 In the four cross country races Ricca, psychology sophomore, and Ramsey, environmental studies sophomore, have both run in, the furthest apart they have finished from each other is 10 seconds. In all of those races, they both finished in the top five in the men’s individual results.

“Whenever it comes to race day, when you look to your side and you see the person you’ve run every single day of the week with, that just helps a lot for competition,” Ricca said

Ricca and Ramsey both qualified for the National Association for Intercollegiate Athletics National Championship place on Nov. 16

Kevin Licht, cross country head coach, said both of them are hard workers. He doesn’t view their success as motivated by awards.

“They’re kind of the more of the quiet-type of hard worker,” Licht said. “The accolades aren’t that important to them, it’s more of getting the best out of themselves every day.”

Licht credited them both as capable of performing at the top tier of competition in the National Association for Intercollegiate Athletics.

“They want to compete at the highest level possible, they want to be national-level competitors, but they are not the type of competitors that are doing it just for the glory of going to nationals,” Licht said.

He also credited work ethic as something that helps the chemistry the two have together.

“They understand the value of hard work,” Licht said. “That’s one of the reasons I think they get along so well, it’s because they’re both approaching it from the same perspective of working their hardest and helping out their team.”

Ricca, a Crescent City native, said he believes that his relationship with Ramsey is less about competition and more about motivating each other to become better, saying it’s like “feeding off each other in a workout.”

“When you’re running alone, you hurt a lot more,” Ricca said. “Having someone with you, if it’s a tough workout, it’s like we’re in it together.”

Both runners have qualified for nationals by placing in the top five overall in the conference.

The national meet will take place in Cedar Rapids, Iowa. Licht said he believes both can perform well at nationals.

“I think both will run really well,” Licht said. “They’ve demonstrated that. Their times I believe will put them in the top 100, or even potentially the top 75.”

Licht said he doesn’t think either runner has reached their full potential and that they can be national champions. Ramsey agreed with that assessment.

“We’ve been running well, but we haven’t hit our potential yet,” Ramsey said. “No better place to do that than nationals.”