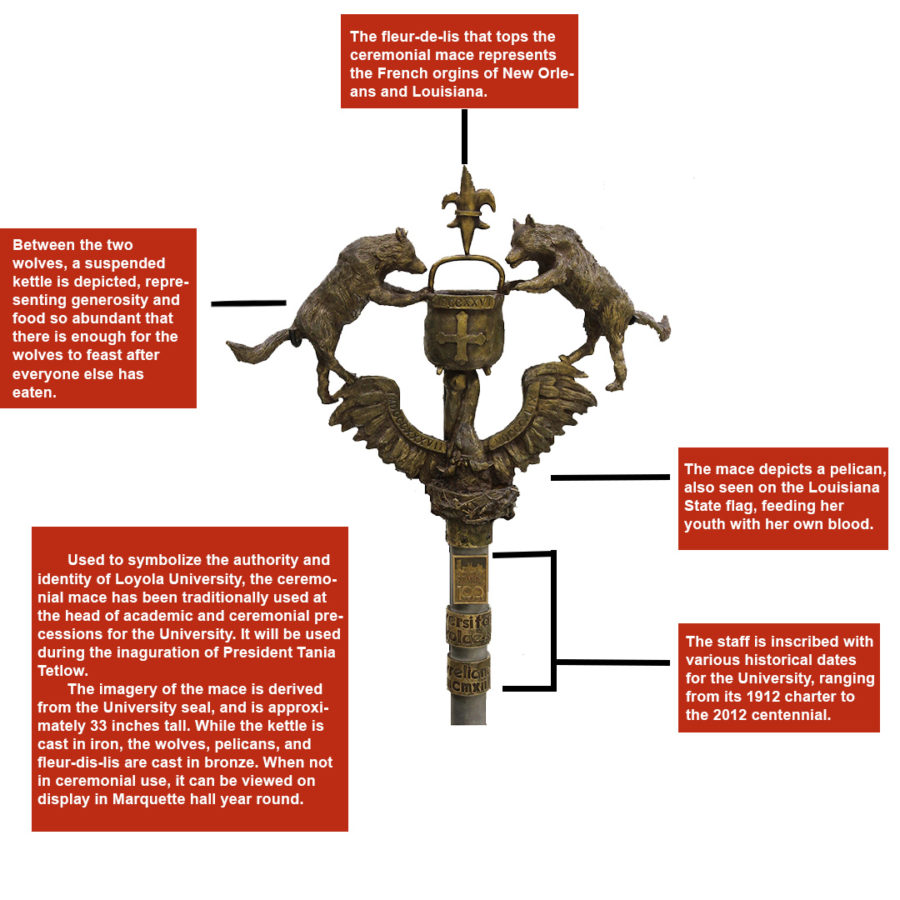 During Friday’s Presidential Inauguration Mass, President Tania Tetlow will be given the ceremonial mace, along with the President’s Medallion. The graphic describes what each symbol and design on the scepter represents. The top of the mace is based on the Loyola family seal, and the middle represents important dates and events in Loyola’s history.