Dusky Gopher Frogs find no love in the Supreme Court 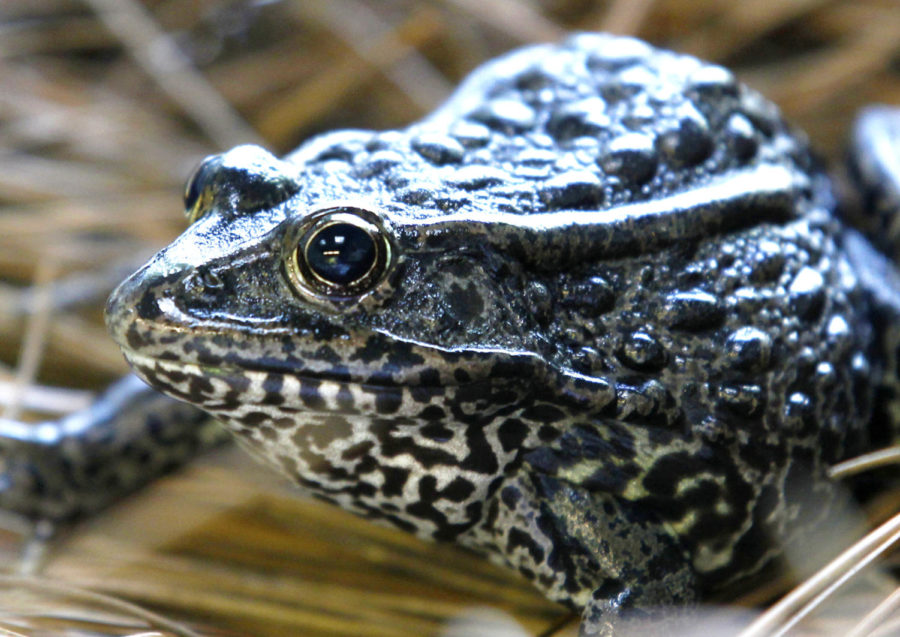 FILE - This Sept. 27, 2011, file photo shows a gopher frog at the Audubon Zoo in New Orleans. The U.S. Supreme Court said Tuesday, Nov. 27, 2018 that a Louisiana-based federal appeals court must take another look at a federal agency’s designation of a tract of Louisiana timberland as “critical habitat” for gopher frogs, endangered frogs currently found only in Mississippi. (AP Photo/Gerald Herbert, File)

It was a speedy trial on Nov. 27 as the highest court in the United States discussed that a portion of the land that once housed the endangered Dusky Gopher Frog.

The Dusky Gopher Frog, also known as the Mississippi Gopher Frog, had 6,477 acres of land dedicated to it as a critically endangered habitat, according to U.S. Fish and Wildlife Service. The frog species was also listed under the Endangered Species Act in 2001. The organization estimates that there are less than 100 of the frogs left in the wild.

The dispute over the land owned by Weyerhaeuser Company, one of the leading private owners of timberlands in the world, started when the U.S. Fish and Wildlife Service was under question as to whether or not it had properly determined the land as a critical habitat for the endangered frogs, according to the Legal Information Institute. The debate over the validity of the U.S. Fish and Wildlife Service’s decision found itself at the Supreme Court.

Supreme Court Justice Brett Kavanaugh did not attend the ruling for the case, resulting in a rare 8-0 ruling on the 1,500 acres in St. Tammany Parish, in favor of Weyerhaeuser Company. The justices overruled a decision by the federal appeals court that said the stretch of land was a habitat for the frog.

The wildlife service had won in a federal District Court and at the 5th U.S. Circuit Court of Appeals, but the Supreme Court ruled that the 5th Circuit must look at the unanswered question of what constitutes “habitat,” and whether the tract qualifies as habitat for the creatures that, “went extinct in Louisiana over 50 years ago,” according to Edward Poitevent, special counsel for the timber company.

Chief Justice John Roberts said the species has not been spotted in the area for decades and the area would now require modification, such as controlled burns of forest areas, to be suitable for them.

As the case returns back to the district courts, the defendants of the frogs hope the ruling will fall in their favor despite their loss in the Supreme Court.

Collette Adkins, attorney with the Center for Biological Diversity, said the ruling was a disappointment but didn’t weaken current habitat protections. She said she is hoping the 5th Circuit interprets the meaning of habitat broadly, to include places where the dusky gopher frog could live and breed “with some reasonable modifications.”

This article was written with the help of the Associated Press