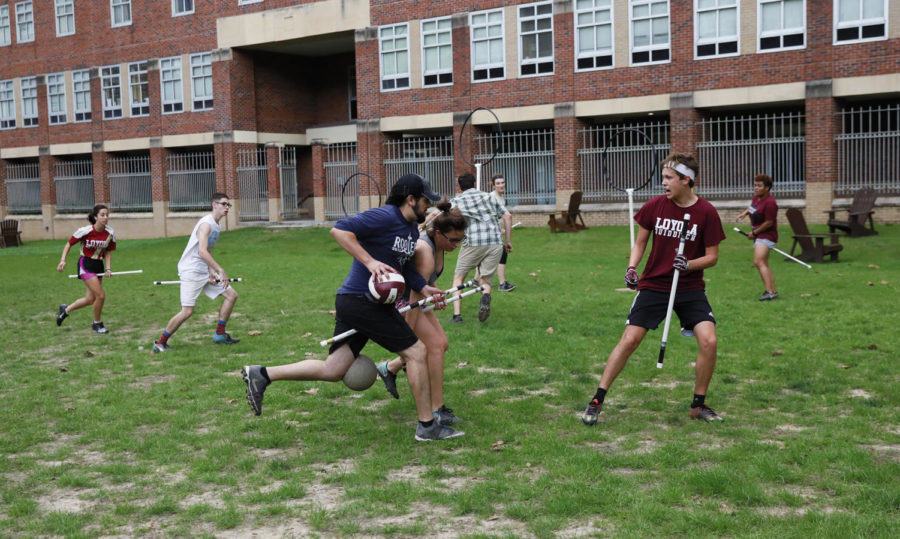 The quidditch team practices in the 2018 spring semester. The team finished winless that semester in 16 games, but have gotten off to a 4-6 start this season. Photo credit: Cristian Orellana

Music industry junior and team captain Griffin Parr credited the team’s improvements in fitness and experience as a reason for their better performance.

“Our team is a lot more physically aggressive and physically fit which is a big change from last year,” Parr said. “This season half the team has played before which means that they have a better understanding of the game and the competition.”

Although the fall season has ended, the quidditch team will host open practices with the exception of tournament weekends for the rest of the semester.

Parr hosts scrimmages at practices instead of drills and said it is the best way to learn the sport.

“When it comes to actually playing the game, you need to play the game” says Parr.

The next tournament that the quidditch team will participate in is the seventh annual Wolf Pack Classic here in New Orleans Jan. 19 at Plantation Athletic Club.