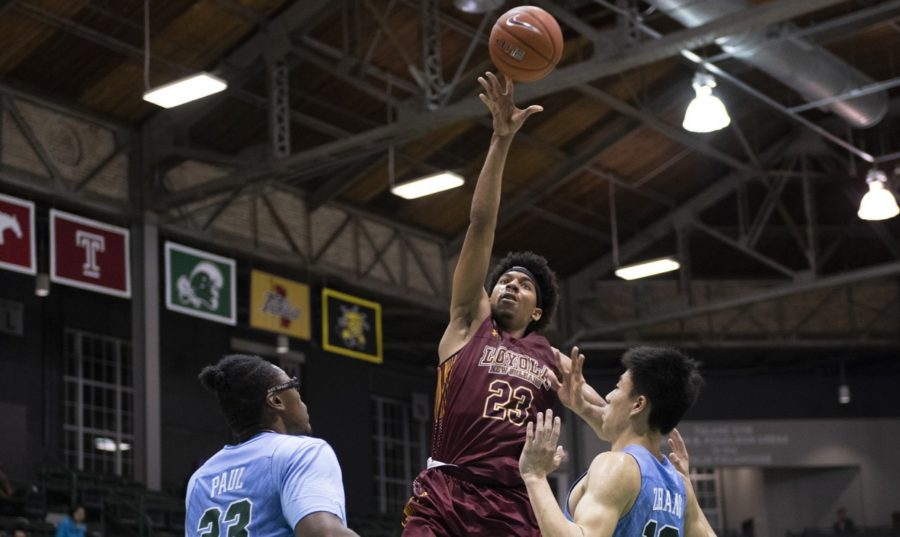 The game plan was simple – feed the basketball to the freshmen – as Zach Wrightsil and Myles Burns scorched conference rival Brewton Parker College, 95-80 on Dec. 1.

Wrightsil, communication freshman, racked up a team-high 31 points while his counterpart, Burns, added 24 points as both players spent 37 minutes each on the hardwood.

In total, the Wolf Pack racked up 34 rebounds with computer science senior Tre’von Jasmine had a team-high five boards off the bench. Freshman Cameron Dumas had the most assists in the contest with six on the night.

Loyola found their stride away from The Den this weekend. The Wolf Pack notched a 59.7 field-goal percentage and kept Brewton Parker to just 43.3 percent.

The men’s basketball team team now sits with a 5-3 overall record and a 1-1 Southern States Athletics Conference record. Loyola looks to face off against Louisiana-Lafayette on Dec. 5 at 7 p.m. The game will be televised on ESPN+ and broadcast on ESPN Radio 1420 AM.