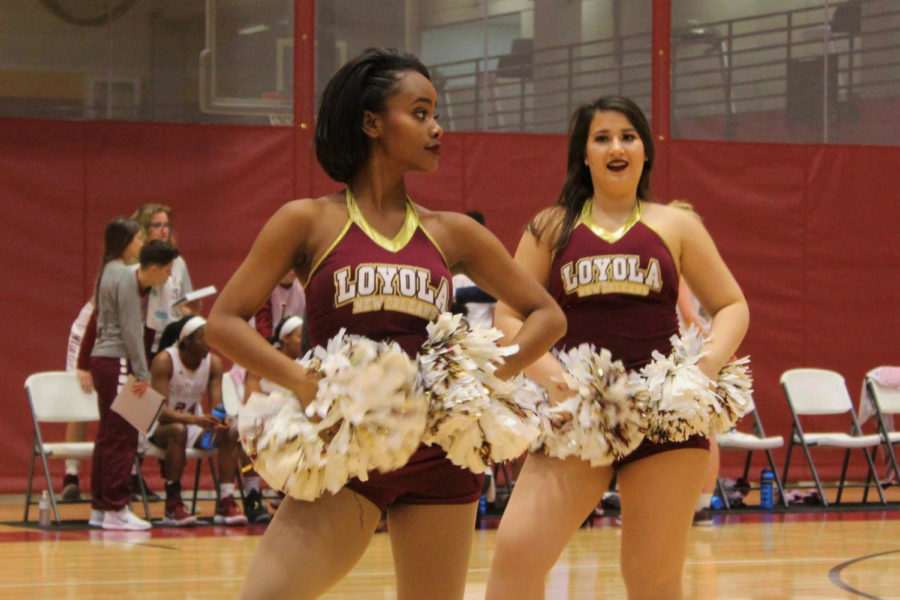 Loyola dancer Cereyna Bougouneau gave up the sandy beaches of her Caribbean island home for the streetcars and gumbo of New Orleans.

Bougouneau, theater arts junior, has danced her whole life but did not know dance teams existed until she came to Loyola, bringing her U.S. Virgin Islands culture to the school’s competitive dance team.

On her home island, dance was a big factor in her life, but music was what launched her dancing career in the first place.

“Music of all genres was a big part of my life growing up because my family is Dominican, my stepfather was a jazz musician and I took ballet on top of all the local music. The majority of my dance career was heavy on Afro-Caribbean, African, modern and contemporary techniques,” Bougouneau said.

From a music standpoint, New Orleans would seem like the perfect fit for Bougouneau with its strong ties to jazz and Caribbean music. But Loyola wasn’t on her radar when she was looking for schools.

She was deciding between Spelman College and an acting school in New York when New Orleans won over her heart.

“When I visited New Orleans though, I fell in love with the city. (I) figured it wouldn’t be a bad place to spend four years,” Bougouneau said.

Bougouneau also said she did not see herself dancing in college.

“I saw myself taking classes throughout the city for fun and exercise, but I never thought about being a part of a team,” she said.

Bougouneau has been on the competitive dance team for three years now. She said the one thing she loves about being on the team is the group of women she gets to work with.

“It’s also nice to go from a studio where we were all family to this team of girls I love,” Bougouneau said.

Despite finding a home on campus, she still maintains a strong connection with the Virgin Islands from 1,797 miles away.

“I collected a few small things from home that remind me of things and people I love, like a vintage poster and pictures from my studio back home, conch shells, tropical plants and family photos,” she said.

Bougouneau has learned to embrace New Orleans culture, from its Cajun side to its Creole flare, during her time at Loyola. She admires the mixture of different cultures.

“I take pride in appreciating cultures from all over the world, and that just comes with being open to new experiences or things when in a foreign place. I love dance, music and food so it was pretty second nature,” she said.

After her time at Loyola, Bougouneau hopes to open a bar and restaurant, influenced by her time in New Orleans. She also wants to start her acting career.

“I’ve also considered going into writing and design, but it all depends on where life takes me,” she said.