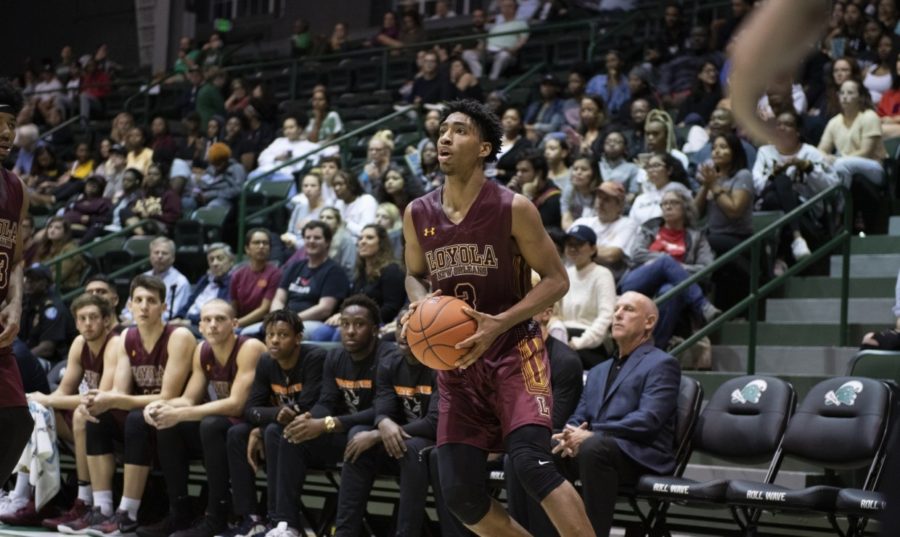 On a night of career-bests and other notable stat lines, the Loyola men’s basketball team could not close out Middle Georgia State after sending the Knights into overtime.

The Wolf Pack team fell to the Knights 91-86 on Loyola’s home court.

Loyola looked promising in the first half, scoring 46 points to the Knight’s 31. But the tides shifted in the second half as Middle Georgia State went on a 12-2 run with only five minutes left until the final buzzer.

Mass communication freshman Myles Burns slammed a dunk to tie the contest at 76, sending the game into overtime but the Wolf Pack could not hold on as the Knights outscored Loyola in the extended time, 15-10.

With the loss, the Wolf Pack now have a tarnished home record, standing at 5-1 on the season. Loyola has an overall record of 6-4 and a 2-2 conference record.

For their final game before the holidays, the team will head to Spring Field College Dec. 19 at 7:30 p.m