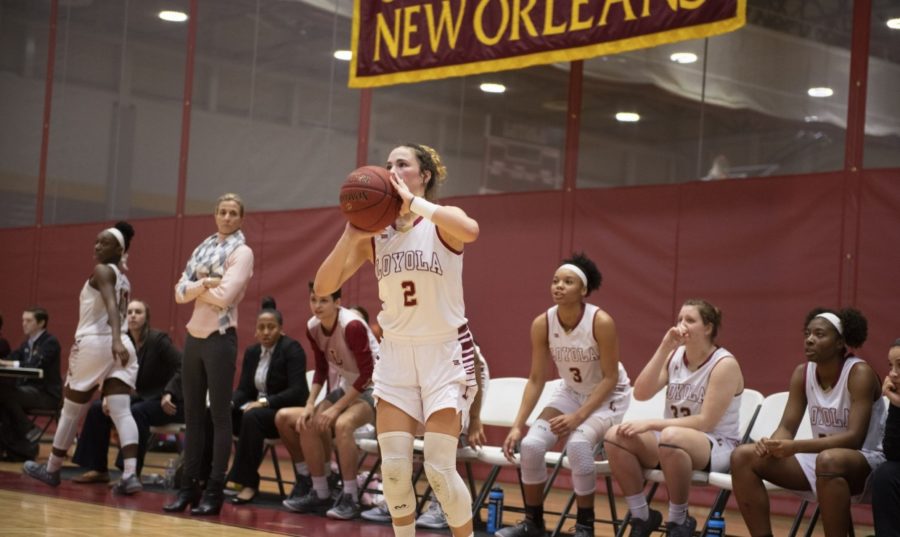 It’s the most wonderful time of the year as Loyola’s women’s basketball team wraps up their fifth-straight win in their final game before the holiday season.

The Wolf Pack won against the University of the Virgin Islands, 67-55 in The Den.

Presley Wascom, mathematics sophomore, was the team’s highlight as she recorded a new career-best in points and led the team in assists. Wascom racked up 19 points as the team’s starting guard and dished out three assists, leading the Wolf Pack’s offense.

Wascom built off of her previous game when she recorded her then career-best in scoring with 17 points versus Middle Georgia State on Dec. 17.

Psycology senior Megan Worry also had a big game on the defensive end. Worry blocked two shots in the game, giving her 22 total blocked shots this season. Her total has placed her at the No. 9 spot in total blocks in the National Association of Intercollegiate Athletics.

Criminal justice junior Breyah Richardson also had a notable game off the bench. Richardson nabbed a team-best six rebounds and led in steals with a total of three.

The Wolf Pack can enjoy their holiday break as they stand with a 9-4 overall record on the season. The team has fair 7-2 at home while staying in the No. 3 spot in the conference standings with a 3-1 record.

The next game for Loyola will be on Jan. 3 at home versus Stillman College at 5:30 p.m.