Wrightsil wraps up Spring Hill on the road 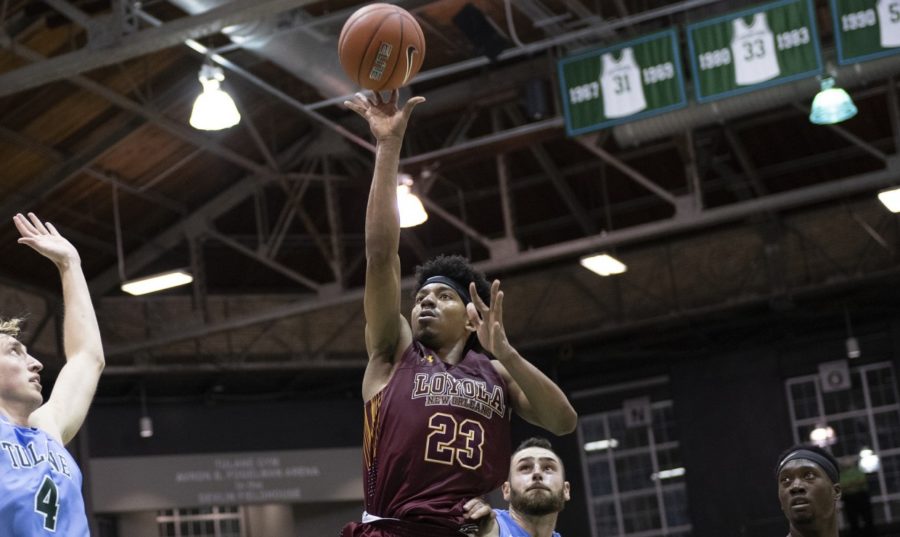 Loyola didn’t have to travel to the North Pole to get an early Christmas present. Instead, the Wolf Pack went to Spring Hill Collge to take on the Badgers and left win a 97-79 win over their long-time rivals.

The win is Loyola’s fifth-straight victory against Spring Hill dating back to 2014. The all-time series is now 20-16 with the Badgers still retaining the lead.

Mass communication freshman Zach Wrightsil decked the halls as he nearly racked up a triple-double in the contest. Wrightsil led Loyola in points, rebounds and assists.

He racked up 27 points, scoring 18 points in the first half alone and marking the fourth time he scored 20 points or more this season. Wrightsil also took home a career-high in rebounds with 14 and dished out nine assists.

Wrightsil’s performance marks his fourth double-double on the year and his third consecutive game with the stat line.

Overall, Loyola has a record of 7-4 with a 2-3 road record. The Wolf Pack also sport a 2-2 conference record.

Loyola will kick back up on Jan. 3 at home versus Stillman College at 7:30 p.m.