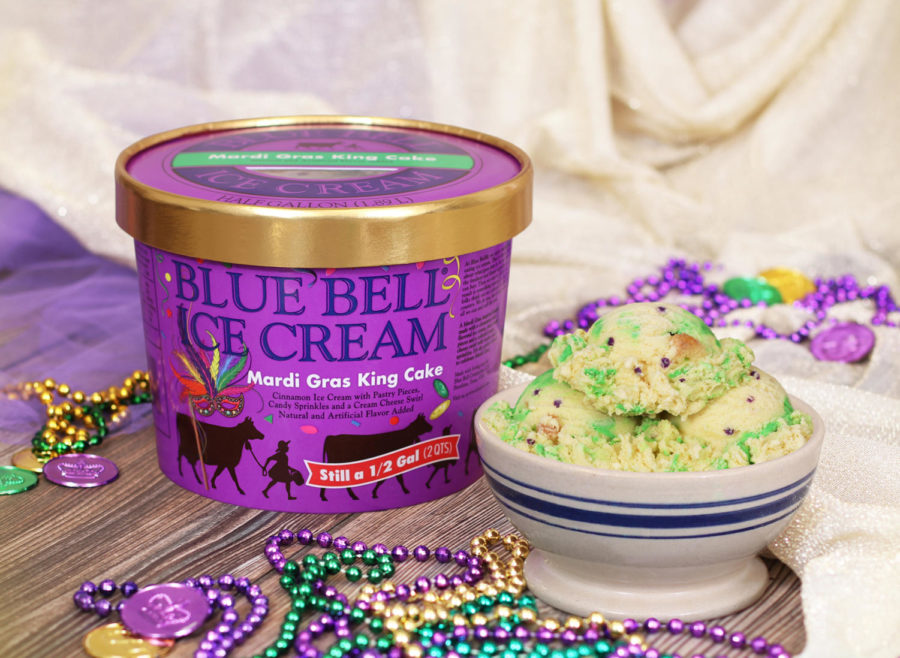 There’s no plastic baby inside but the Mardi Gras King Cake ice cream flavor from Blue Bell packs the taste of the carnival season into a half gallon.

The flavor has been a favorite among the areas that celebrate the Mardi Gras holiday since 2012, but this year marks the first time the company is making the ice cream available outside of New Orleans and Alabama.

The ice cream will be available across all areas that sell Blue Bell products after last year’s high demand.

“Last year a grocery store in Louisiana posted about the flavor’s arrival on its Facebook page and we started receiving requests from all over the country,” Carl Breed, corporate sales manager for Blue Bell, said. “After that, we decided to share this festive flavor with everyone in our distribution area.”

Despite the flavors being discontinued, they both still live on in a way, as the Mardi Gras King Cake flavor is simply a combination of the two older flavors.

“We still receive requests for Mardi Gras and King Cake because our fans never forget a flavor,” Breed said. “But, you have the best of both worlds with our Mardi Gras King Cake Ice Cream.”

The carnival flavor hits store freezers on Jan. 2 and will only be available for a limited time.