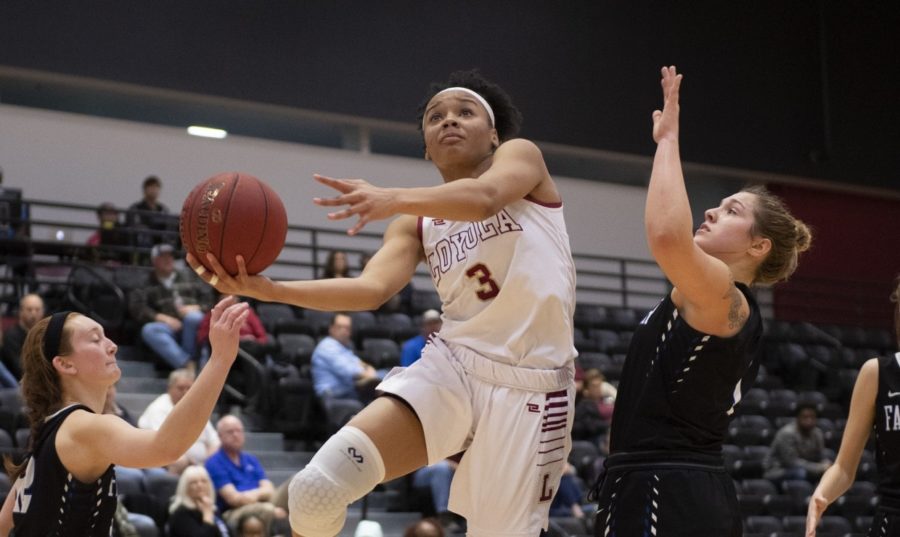 It may be 2019, but the women’s basketball team has brought over some 2018 habits. The Loyola squad welcomed conference-rival Stillman College to The Den on Jan. 3 and defeated the Lady Tigers, 70-65, to extend their win streak to six straight games.

Mathematics sophomore Presley Wascom continued on her offensive streak with her third consecutive game with double-digit scoring. Wascom racked up 13 points while also shooting perfect at the free throw line. She shot 4-4 on the night and leads the team in free throw percentage with 91.7 percent.

Overall, six blocks were recorded by the team, most notably by psychology senior Megan Worry. Worry’s single block in the game marked block No. 25 this season. She also has recorded at least a single block in 11 of the past 14 games.

Accounting junior Paige Franckiewicz scored a game-high 18 points for Loyola, marking the seventh time she scored double-digits in a game.

The team now has an overall record of 10-4 and a home record of 8-2. Their Southern States Athletic Conference record is 4-1.

Loyola will remain at home for their weekend match up versus the University of Mobile on Jan. 5 at 2 p.m.