Opinion: Spotify is the best streaming platform for college students 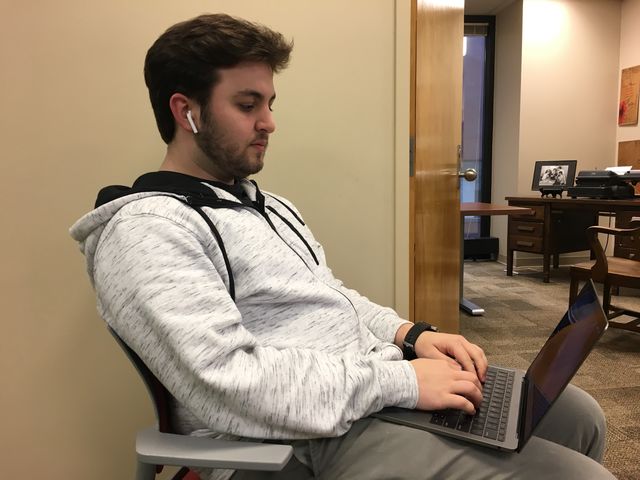 As a music industry student, Greg Fortier requires high sound quality and streaming for his production work. According to him, Spotify offers the best bang for your buck.

We live in an age of music streaming.

Nowadays, not many people buy CDs or $1.29 songs off iTunes. Instead, they get their music through Spotify, Apple Music, SoundCloud, Pandora, etc.

Most of these streaming platforms are similar to one another, but some are geared toward specific devices or groups of people. For example, SoundCloud has hip-hop and electronic tracks one might not find on Apple Music or Spotify. However, streaming platforms like SoundCloud lack some songs found on your favorite playlists.

When it comes down to popularity and content for music streaming, Spotify and Apple Music are the two big dogs in the room and, frankly, outclass all other types of music platforms. However, Spotify outshines Apple Music and is the music streaming service all college students should be taking advantage of.

When it comes to finding new music, Spotify hands down holds the honor. Unlike Apple music, Spotify provides personalized playlists of songs you might like based on what you’ve listened to in the past. With discover weekly playlists, there’s never a dull moment on Spotify when there’s “nothing to listen to.”

While $5 is currently the going rate for the student discount on both Spotify and Apple Music, Spotify offers so much more than just streaming. In fact, Spotify now offers Hulu and Showtime with the student discount so students can stream their favorite shows. Not only can a student now listen to practically any song they desire, they can also stream from thousands of shows and movies in an instant.

A popular argument people make for Apple Music is the Siri integration. “I have an iPhone so I want to have apple everything and use Siri to play my music,” says the foolish student who does not realize the wonders Spotify has to offer. Do people not realize that Spotify has more to give?

A viral tweet from Twitter user @AmoNickk states, “Spotify really out here offering 3 apps for $5 AND personalized playlists each week, but y’all staying w Apple Music because of its aesthetic??? Disgusting.”

Spotify is bending over backward and listening to its consumers, while Apple Music is just another attempt at an Apple market takeover. Spotify is the choice every college student should make if they want to get the most out of their money.