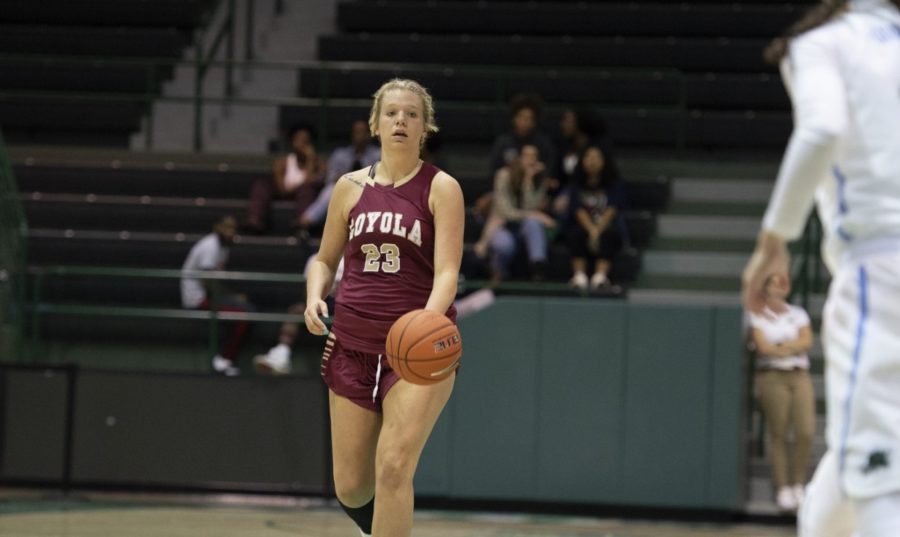 Loyola’s women’s basketball team clawed their way past Martin Methodist, 64-57, off of a career night by psychology senior Megan Worry.

With four blocks in the game, Worry racked up her 100th blocked shot in her career. She now has a total of 103 blocks and sits at second place Loyola history for most blocked shots.

Worry also recorded her eighth double-double of the year with a stat line of 15 points and 13 rebounds. She also stands in the eighth spot for most career rebounds in the school’s history.

Mathematics sophomore Presley Wascom scored a career-high in points. Wascom racked up 20 points and finished 4-6 from the three-point line.

They look to play William Carey on Jan. 21 in The Den.