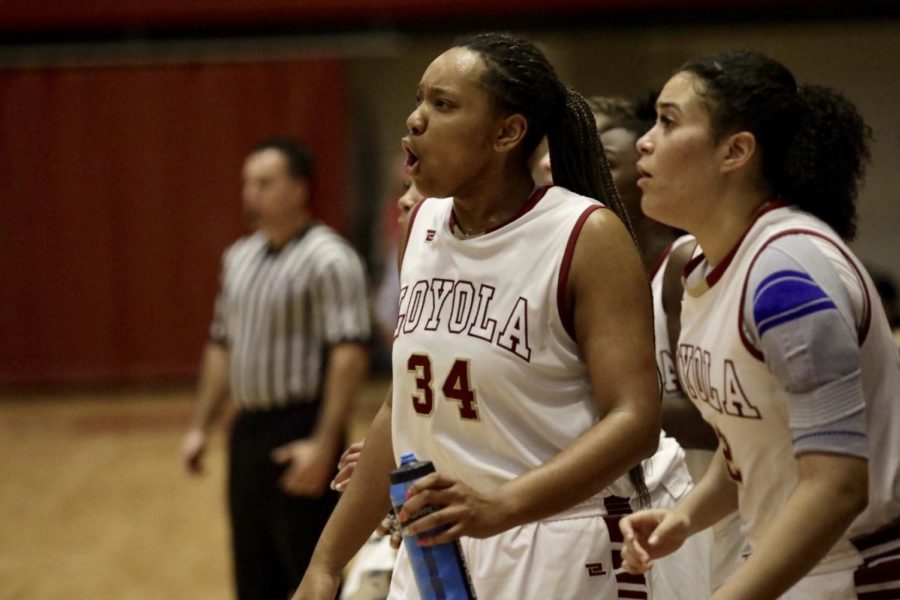 The Loyola women’s basketball bench were cheering loud early on, at the Wolf Pack team secured their 76-46 win after an early offensive start.

Accounting junior Paige Franckiewicz started the hot streak, nailing the first points beyond the three-point line and giving Loyola the lead. Franckiewicz will go on to sink four more long balls and Loyola never gave up the lead throughout the game.

Franckiewicz led the team with 15 points and marked the third time this season where she sunk five or more three’s in a game.

Psychology senior Megan Worry earned her ninth double-double of the season with a stat line of 10 points, 12 rebounds and two blocks.

International business junior Kaila Anthony posted a career-high in steals with six in the game. Anthony now has five straight games with four or more steals and averages 3.07 steals per game, the highest in the Southern States Athletic Conference.

The team now has an overall record of 14-5 and a conference record of 8-2.