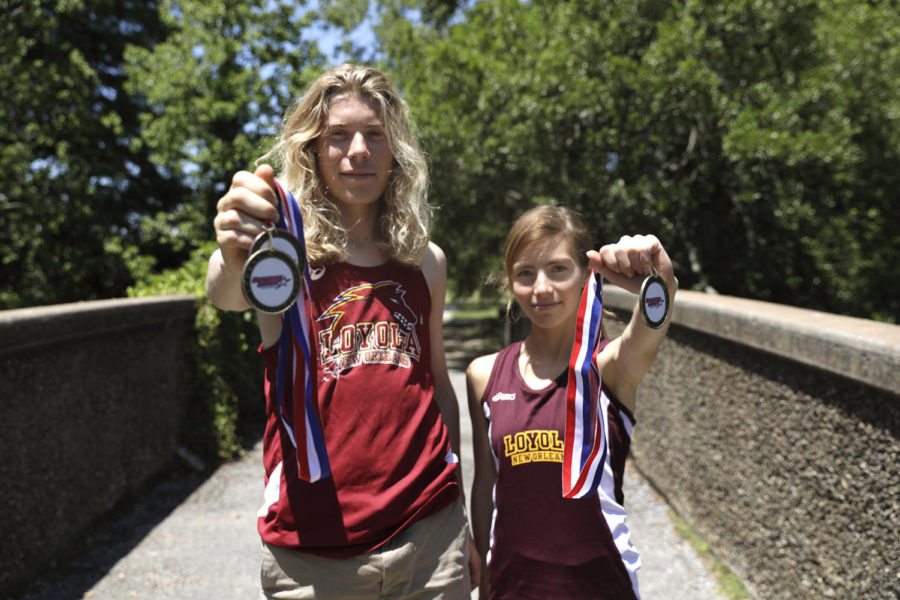 Solano-McDaniel maintained a perfect 4.0 GPA while Ramsey shot for a 3.79 GPA during a season filled with broken personal-records and a bid to compete at the National Association of Intercollegiate Athletics’ national meet.

“It’s a great honor for them to be receiving these awards, which honor their academic and athletic performance,” Kevin Licht, head coach, said. “We want athletic success combined with academic success to really define our athletes.”

Both runners were also named to the All-Academic and Champions of Character teams, based off their work on the field and in the classroom.

The academic accolade is not new for Solano-McDaniel. Licht said he is impressed with her improvement and the way she has managed to excel off the field.

“She has done a great job in her development as a runner,” Licht said. “Academically, she’s just as driven as she is athletic.”

Licht mentioned Solano-Mcdaniel’s positive impact on the team and what he expects from her going forward following her latest achievement.

“She’s a very positive influence,” Licht said. “She will continue to set the bar high both academically and athletically.”

As for Ramsey, Licht sees the award as recognition for the long-distance runner’s work ethic.

“This is a tremendous honor for Walt,” he said. “He’s worked really hard in the classroom, really hard in cross-country, and his hard work has shown that. He’s done a great job at balancing both his academics and athletics. He works very hard athletically, but then he spends the rest of his day on academics, and that shows with his GPA and how high it is.”

As for the cross country program as a whole, Licht strives to create a culture that places runners at the top on the track and in the classroom.

“We are a very motivated group. We have a very competitive group so they want to be successful,” he said. “They naturally set a high bar for themselves, and that speaks a lot to the character of the group that we have.”