Track and field team gets hyped for the upcoming outdoor season 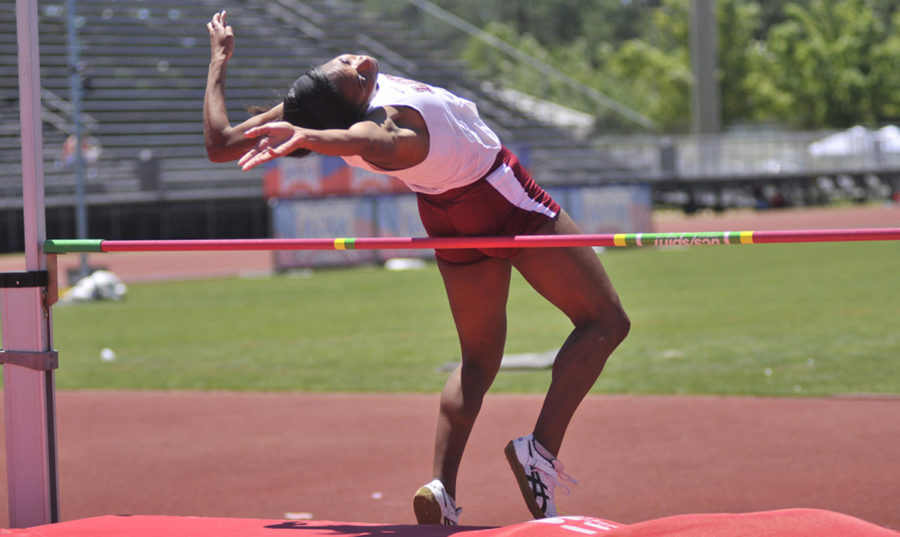 Mass communication senior Leah Banks jumps over a hurdle in the 2018 season. Banks and the track and field program hope to have a successful 2019 season. Photo credit: Loyola New Orleans Athletics

With a new head coach this year and fresh legs on the course, Loyola’s track and field program has its sights set high.

Head Coach Kevin Licht joined Loyola last semester to serve as the school’s cross country and track and field coach, and his coaching style seems to have quickly made an impact on the team’s athletes.

In his time as head coach of the Wolf Pack, Licht has seen just how much the team’s members care for one other.

“They’ve done a great job of reaching across event groups and showing support for the team as a whole,” Licht said.

With the success he found in the fall, Licht hopes a new set of workouts will help the track and field program reach similar goals to that of the school’s cross country teams.

“(The cross country program) did a great job of being open-minded to the new training and being consistent,” Licht said. “For track season, we’re looking to keep the consistency going.”

And some of Loyola’s track athletes seem to be on the same page.

“I think it’s definitely something that took some getting used to, so just getting adjusted to a new coach was huge,” said Leah Banks, mass communication senior. “Overall the season looks promising.”

With new leadership firmly in place and Loyola’s athletes buying into Licht’s training regimens, the program can focus on its ultimate goal.

“Our goal as a team is to be the most prepared team at the conference championship,” Licht said. “If we can accomplish that, we will be very happy with the results.”

The outdoor track and field season will kick off March 15 with the Louisiana Classic in Lafayette, Louisiana.