Opioid-related deaths continue to rise in the U.S., New Orleans 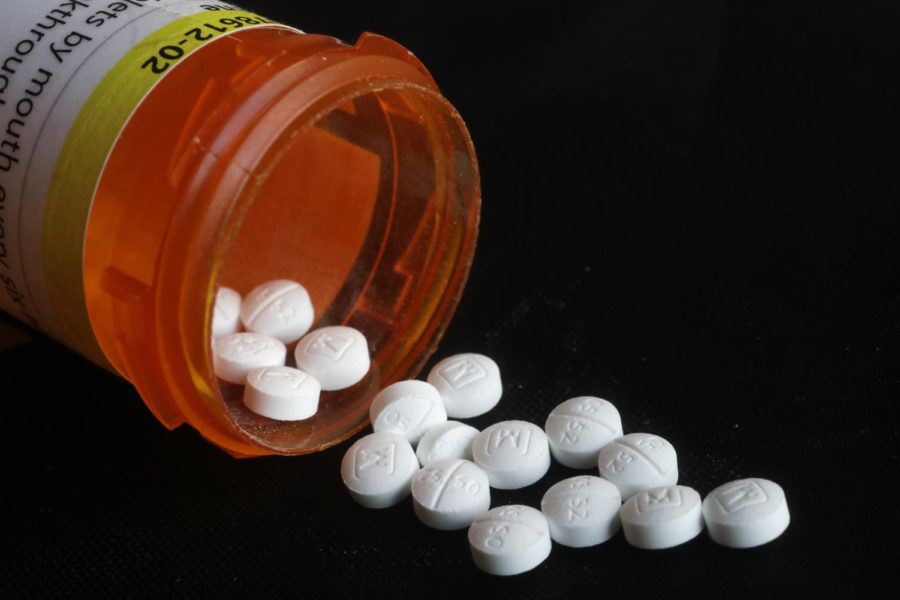 FILE - This Aug. 29, 2018 photo shows an arrangement of prescription Oxycodone pills in New York. In a report released on Thursday, Jan. 17, 2019, health officials are looking into a possible link between prescription opioids and a birth defect called gastroschisis. (AP Photo/Mark Lennihan)

Despite national efforts to create awareness and curb the problem, the opioid crisis facing everyday Americans continues to worsen.

The results of the report mirror the bleak situation in New Orleans, where the number of opioid-related deaths has risen substantially over the past three years. The coroner’s office reported that in 2015, a total of 81 people died from opiate overdoses. That number rose to 166 in 2017, reflecting a 105 percent increase.

The increase in opioid-related deaths correlates with the heightened use of a low-cost and highly lethal opiate called fentanyl. Only 13 opiate-related deaths in New Orleans involved fentanyl in 2015, but 87 deaths occurred in 2017 as a result of the same drug.

That trend, however, is not exclusive to New Orleans; it’s national.

“Deaths from synthetic opioids such as fentanyl, fentanyl analogs and tramadol are growing at the fastest pace,” said Kathy Balcazar, spokeswoman for the National Safety Council. “The fentanyl category of opioids represented a 48 percent increase in deaths from 2016 to 2017.”

That increase sits in stark contrast to heroin-attributed deaths, which increased by less than one percent over the same time period. The presence of fentanyl and other synthetic opioids is becoming increasingly apparent and may largely be due to one reason, according to Debbie Webber, spokeswoman for the Drug Enforcement Agency in New Orleans.

The DEA estimates the going price for a kilogram of fentanyl will wholesale at approximately $80,000 with a potential retail price of around $1.8 million. The DEA estimates fentanyl is more than 20 times as profitable as heroin.

Traffickers have taken notice of the opportunity to boost profits. Customs and Border Protection and Border Patrol reported near non-existent numbers of fentanyl coming into the United States a decade ago. However, they detained 1,485 pounds in 2017, and only five months into 2018, border security had found more than 1,000 pounds. The New Orleans DEA reported that the vast majority of fentanyl in the city is trafficked from clandestine laboratories in China and that there are no known local production centers.

Opioids can change life forever in a matter of seconds, and not just for those who use them. In November 2016, the life of Will Harrison was permanently altered after his father George ventured to New Orleans for a trip with his girlfriend. George was no stranger to the streets, having spent many days of his life exploring New Orleans before moving to Georgia. He was ready to join New Orleans’ party once more. However, after returning to his room one night, George didn’t wake up.

That was the night Harrison lost his father to an accidental overdose, and neither he nor his brother had graduated high school.

“It’s so unfortunate, one good time with small bad decisions for someone in New Orleans can lead to a son without a father the next day,” Harrison said.

Harrison’s story is becoming more common, as the total number of preventable opioid overdoses surpassed 43,000 nationwide in 2017 — more than 600 percent higher than in 1999.

It seems New Orleans is lacking the necessary requirements to help curb the crisis. A new Odyssey House facility on South Broad Street plans to add 47 new medically-supported detox beds, but that brings the total number of detox beds in the entire city to a meager 65.

“We have several substance use disorder programs, including a medically supported detox, inpatient residential and intensive outpatient with housing services. These programs are often near capacity due to overwhelming need in the community,” said a spokesperson for the Odyssey House.

Despite the development of new facilities and efforts by state and local officials to create awareness and pathways to recovery, the crisis continues to worsen as the death toll climbs each year.Those struggling with addiction are encouraged to call the Substance Abuse and Mental Health Services Administration.