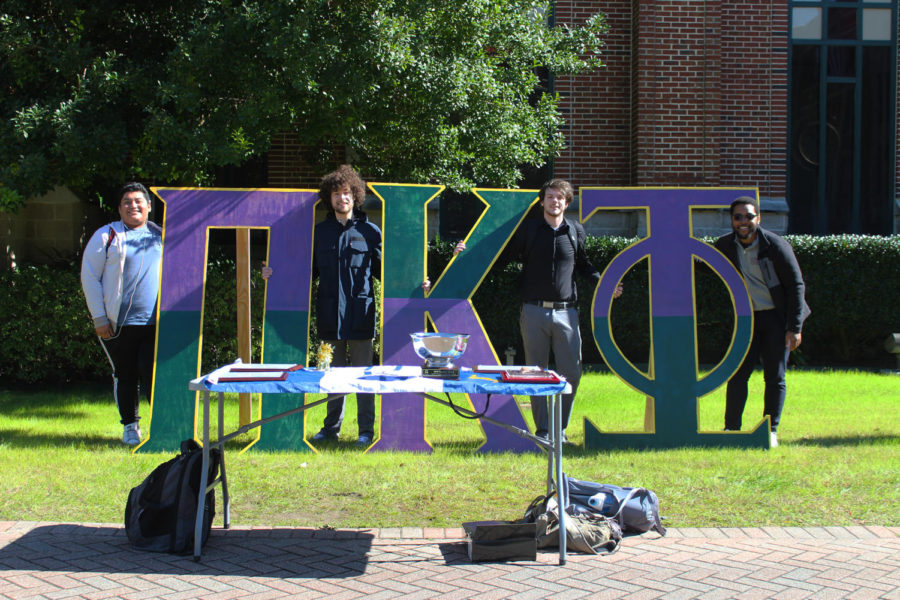 Loyola’s Pi Kappa Phi has won two of the most prestigious awards  bestowed on a chapter by their national fraternity.

The Founders’ Award is regarded as the “highest honor which can be bestowed upon a student chapter,” according to Pi Kappa Phi’s website.

Loyola’s Pi Kappa Phi chapter, which was chartered on campus in 2014, was one of the selected chapters nationwide to receive the Founders’ Award, falling into the winners circle with chapters from the University of Houston and the University of North Georgia.

The second award Loyola’s Pi Kappa Phi chapter took home was the Champion Master Chapters Award. To win this award, student chapters have to achieve a composite score of three stars on their seven objectives of chapter excellence.

According to the chapter’s Vice President Jaime Jimenez, mass communication sophomore and a Maroon contributor, the honor is not bestowed lightly.

“Only nine chapters out of the over 180 chapters get it,” Jimenez said. “It’s a pretty big award.”

“As an advisor, I am extremely proud of these young men for their recent recognition,” he said. “It not only highlights the chapter’s accomplishments but it also brings awareness to our university in a positive light.”

Jimenez said he believes these awards are also an important representation of Loyola’s Greek community as a whole.

“It just shows what the Greek community is doing at Loyola is doing well,” Jimenez said. “The Loyola community can be assured that these awards mean something and they are not given to any chapter.”

McQueen said he also sees the awards as a way to bolster friendly competition between Greek life organizations on campus.

“When chapters win awards, I believe it brings a different type of competition to the chapters we have on campus,” McQueen said. “It should motivate chapters to work harder in developing their members, as well as the surrounding community.”

Amid receiving these awards, Pi Kappa Phi and the majority of Loyola’s Greek life organizations, were placed under temporary probation for failing to submit sufficient evidence of having met on-campus Greek standards of excellence. To undo the temporary probation, these organizations have chosen to appeal. McQueen said earning a national award will not affect the appeal process in any way.