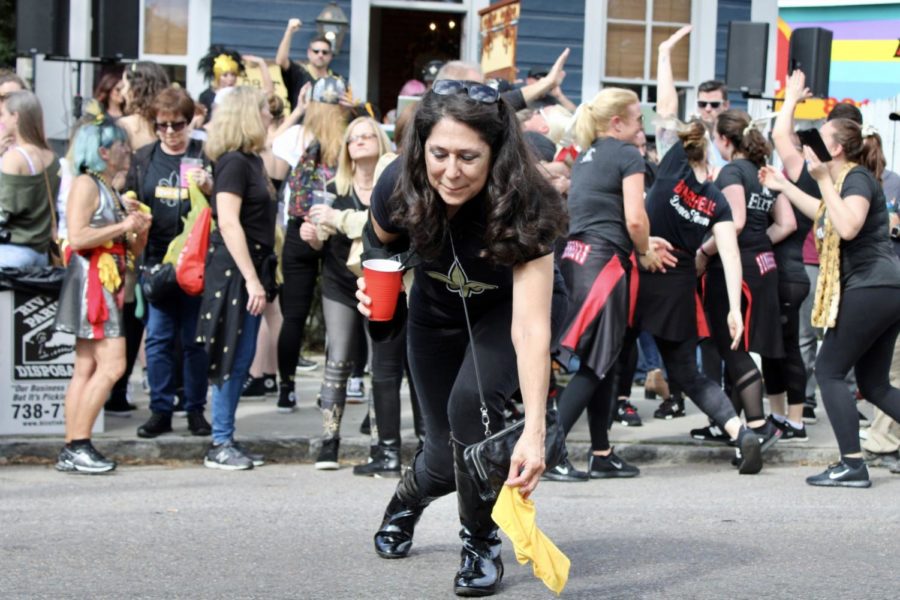 Even though the Saints’ season ended two weeks ago at the hands of the Los Angles Rams, the Who Dat Nation still found a way to party on Super Bowl Sunday, just like it was 2010.

From a Saint-themed brunch to a block party on Magazine Street, “Who Dat” chants could be heard and black and gold could be seen from the early morning hours until the late afternoon on Feb. 3 as New Orleans residents took to celebration of a successful football season, rather than mope about a missed chance at a Super Bowl victory.

As the sun rose on the Crescent City, all six locations of The Ruby Slipper Cafe fed hungry Saints fans southern breakfast dishes with names inspired by their football team.

Dishes, such as “Kiss My Grits” and “Stuff My Super Bowl,” comforted the football fanatics even without the taste of another Lombardi Trophy.

“I saw a bunch of people taking pictures and posting about (the menu),” Manager Talaris Randolph said.

Randolph’s favorite Saints-inspired dish is the “Rams Aren’t Our A-Migas,” a Tex-Mex scramble with crawfish, onion, tomato and pepper jack cheese, but she admits she enjoys every item on the menu and sees her patrons share the same feelings.

“I love these names for this weekend,” she said. “I think everyone is super excited about it.”

With a kickoff time of 5:30 p.m., there was a lot of time between brunch and the championship game in the evening. But Tracy’s Original Irish Channel Bar had plans of reliving the glory days of past Saints victories with some help from a crawfish boil.

Games such as New Orleans’ Super Bowl XLIV win, the Falcons’ loss to the Patriots in Super Bowl LI, the 2009 NFC Championship featuring the Saints and the Minnesota Vikings as well as the Puppy Bowl were on all the TV screens, making a celebration out of the Saints’ missed opportunity.

From quarterback Drew Brees’ notable season, running backs Mark Ingram and Alvin Kamara’s stellar year and the overall success of the team, the 2018-2019 season had a plethora of milestones and accolades to celebrate, and owner Jaimee Carreras shares the same feelings.

“We decided to do a ‘pro-New Orleans’ party. We thought, ‘Let’s do something for the city,'” she said.

With patrons lining up to get a stool or a chair at 10 a.m., an hour before the bar officially opens, the love of the Saints and the appreciation for the team was in the air, along with heaps of boiled crawfish.

“I was actually walking to my house thinking, ‘I am so proud of this city because this is something that feels good to us.’ I think the whole city has rallied (behind the team). It’s our heart and soul,” Carreras said.

Patrons cheered and hollered after every play from decade-old games, sharing a bond with a team that cannot be found between other NFL clubs and their cities.

Down the street on the 3300 block of Magazine, police cars blocked both lanes of traffic to make way for a party in the streets for the Who Dat Nation.

Businesses along the block welcomed Saints fans with special deals and discounts to help drown out any Patriots or Rams fans in the area.

“Choppa Style” and “Halftime (Stand Up and Get Crunk!)” were blasted on stereos as dance krewes competed against one another, with the NOLA Bombshells coming out on top as the victors.

NOLA Bombshells Captain Amanda Thurmond said she was taken back by the black and gold turn out. 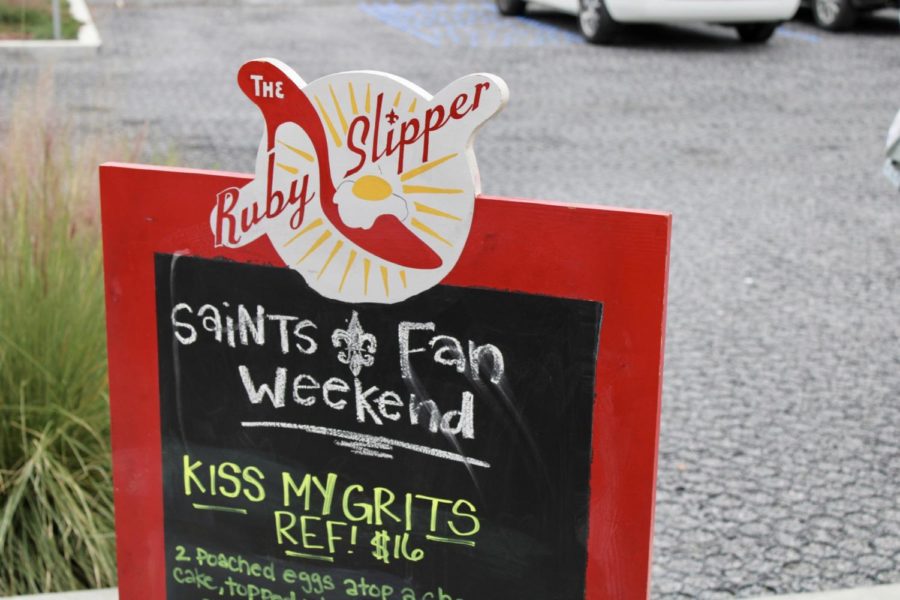 “(The crowd) got so big we had to block off the whole block,” she said. “I was so surprised and so excited at the same time. It’s awesome. It’s like a whole pre-Mardi Gras feeling.”

The party wasn’t only in the streets as guests packed Dat Dog from wall-to-wall in order to catch a glimpse of the 2010 Saints Super Bowl win playing on the restaurant’s monitors or have a chance at plunging a referee into a dunk tank.

Despite the crammed quarters, fans were just as giddy as a decade ago as they witnessed Drew Brees lift up the championship trophy once more.

“Everybody in here acted like it was live, cheering and getting excited,” Angela Blankenship, A’04, said. “I think most other cities, if their team didn’t make it to the Super Bowl, they would be disappointed but fans here are so loyal. We are still going to stand behind our team.”

The uniqueness of the relationship between the football team and their fans has even affected Barbara Nye, a now five-year Saints fan and former Detroit Lions fan.

Nye converted to the Who Dat Nation when she moved to New Orleans and visited Dat Dog to witnessed the Super Bowl win that she didn’t get to see live in person.

“You have to be a Saints fan if you live in New Orleans,” Nye said. “Two years ago, the Lions came to New Orleans and some of my friends came with them and they said they never had so much fun losing in their lives. It’s hard to explain what the Saints are but the Saints are New Orleans.”

“When the (Buffalo) Bills lost (four) Super Bowls in a row, they didn’t throw a block party because they lost,” he said. “Any team that loses any big game, their fans aren’t showing up at a block party. No fans are like us.”

Both New England Patriots and Los Angeles Rams fans were asked to comment on the day’s festivities. Both groups of fanatics declined to comment.