Environmental club blossoms at first meeting of the year 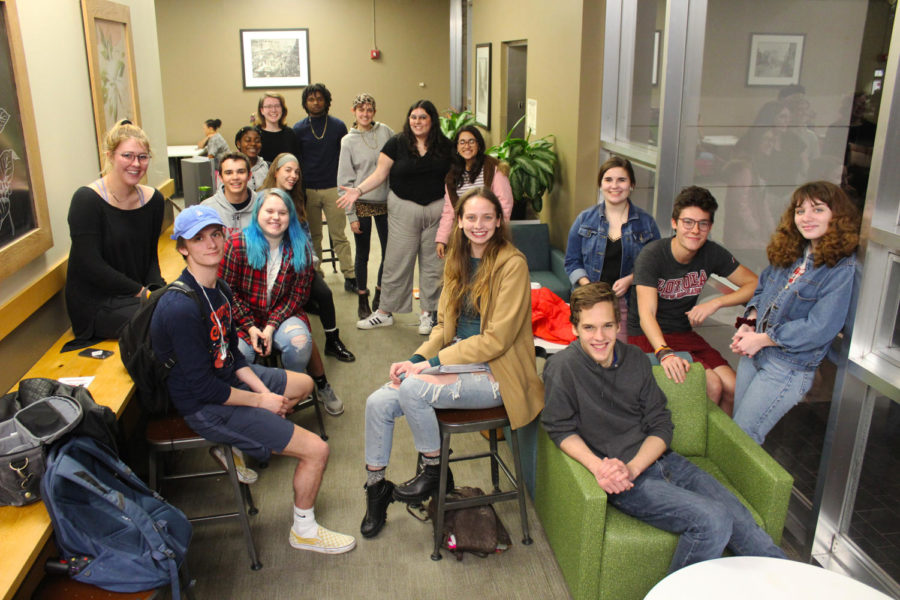 Members of Loyola’s recently rebranded student organization Students for Sustainability gathers behind Starbucks in the Danna Center on Jan. 31 to discuss recycling, the environment and how to make Loyola a greener campus. Photo credit: Cristian Orellana

Earth Week celebrations, Sodexo sustainability initiatives and recycling improvements are just some of the ideas that the executive board of Loyola’s environmental club have in store for the semester.

Students for Environmental Action met together for the first time on Thursday, Jan. 31 to regroup and rebrand after a long period of dormancy for the student organization.

“This club used to be the Loyola Association for Students for Sustainability, but that club sort of fizzled out after a while,” environmental studies senior Brigid Richwine, club president said.

However, last semester, Richwine, with the support of Loyola’s environmental program, went through the bureaucracy of getting the club up and running again.

The organization wants to create a safe space for all Loyola students to have important discussions not only about the environment as a whole but how to make Loyola a greener campus.

The club said it is working with Sodexo to improve the sustainability levels in the Orleans Room.

They are also planning some coordination with the Office of Diversity and Inclusion on issues of environmental racism, where people of color are more likely to be affected by environmental hazards due to a variety of factors such as the locations of low-income housing.

Gerke plans to improve the tracking of recycling on campus.

“If we could figure out a way to track whether or not recycling bins are being used, and how much other waste we are producing, we could team up with Sodexo to also calculate food waste as well,” Richwine said.

The organization hopes that the turnout to the first meeting will only grow in the future.

“It’s been really exciting. We were blown away by the amount of students who showed up. Hopefully, we can prove to them that we are a worthy enough mission for them,” Richwine said.