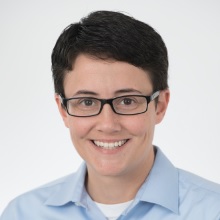 Last week an article ran in The Maroon on the proposed Title IX changes. The university would like the opportunity to clarify a few points about the proposed changes the Department of Education has released.

First, the guidelines are simply proposals at this point. As was stated in the article, the Department of Education has just recently closed the comment period where members of the general public provided their thoughts on the guidelines. The review of these comments will likely take a considerable amount of time before the final guidelines are promulgated. Until final guidelines are published, the university will make no changes to the way we handle Title IX cases at Loyola as a result of these proposed rules.

Regarding the New Definition for Sexual Harassment

Per the Department of Education’s website, “The proposed rule would require schools to respond meaningfully to every known report of sexual harassment and to investigate every formal complaint. Consistent with U.S. Supreme Court Title IX cases, the proposed rule defines sexual harassment as unwelcome conduct on the basis of sex that is so severe, pervasive and objectively offensive that it effectively denies a person equal access to the school’s education program or activity.”

However, please know that regardless of how the new guidelines will define sexual harassment that Loyola stands firm in our opposition to sexual harassment in any form. In fact, Loyola University New Orleans currently has many mechanisms to hold individuals on our campus accountable for their behavior including our Discrimination and Harassment Policy for Faculty and Staff, Title IX policy and the Student Code of Conduct. Thus, it’s important that anyone experiencing, witnessing or hearing about sexual harassment report the behavior.

Regarding Standards of Evidence

Loyola University New Orleans uses the same evidentiary standard for determining responsibility in both conduct and Title IX cases. To be found responsible for an alleged violation at Loyola, the evidence must establish that the violation was committed by the charged person or group by a preponderance of the evidence (not beyond a reasonable doubt or by clear and convincing evidence). This means “the greater weight of the evidence favors either the finding of a violation or the finding of a non-violation. In other words,the evidence (which consists of the full totality of the circumstances) must establish that it was more likely than not that the person committed the alleged violation,” according to the Student Code of Conduct for 2019.

The proposed guidelines state that schools may use either a clear and convincing standard or a preponderance of the evidence standard, but they may not use a higher standard for Conduct cases and a lower standard for Title IX cases. Since, Loyola already uses a uniform standard, preponderance of the evidence, for both conduct and Title IX cases, there will not be a change to Loyola’s standard of proof even if the proposed guidelines were to become final as they are currently written.

Regarding Mediation and Live Hearings

Per the Department of Education, “Colleges and universities would be required to hold a live hearing where cross-examination would be conducted through the parties’ advisors. Personal confrontation between the complainant and respondent would not be permitted.” Again, this is the proposed guideline; we do not yet know how the guidelines might change in light of the comments submitted by the public or in light of legal challenges that may be filed regarding the guidelines. It’s important to note though that the proposed guidelines do not allow for personal confrontation between the alleged victim and alleged perpetrator.

For mediation to occur the complainant has to agree to it and the respondent has to agree to it. Both are given information on what this process looks like so that they can make an informed and voluntary decision. Students are not pressured to make a choice one way or the other. In addition, Loyola provides students with information and time to make a choice. We also connect students with resources, like a counselor, so they can have support if they’d like it as they make this choice.

Regarding the Final Rule

Ultimately, Loyola will be sure to stay in compliance with any future changes to federal guidelines. We will always work to make sure our campus is a safe place where no one is unable to access their education or participate in educational programs or activities because of their sex. We will also always work to make sure that our Title IX process provides due process. If you have questions or concerns, Deputy Title IX Coordinator Diana Ward is available to meet and discuss; you can schedule an appointment with her by calling (504) 865-3428.