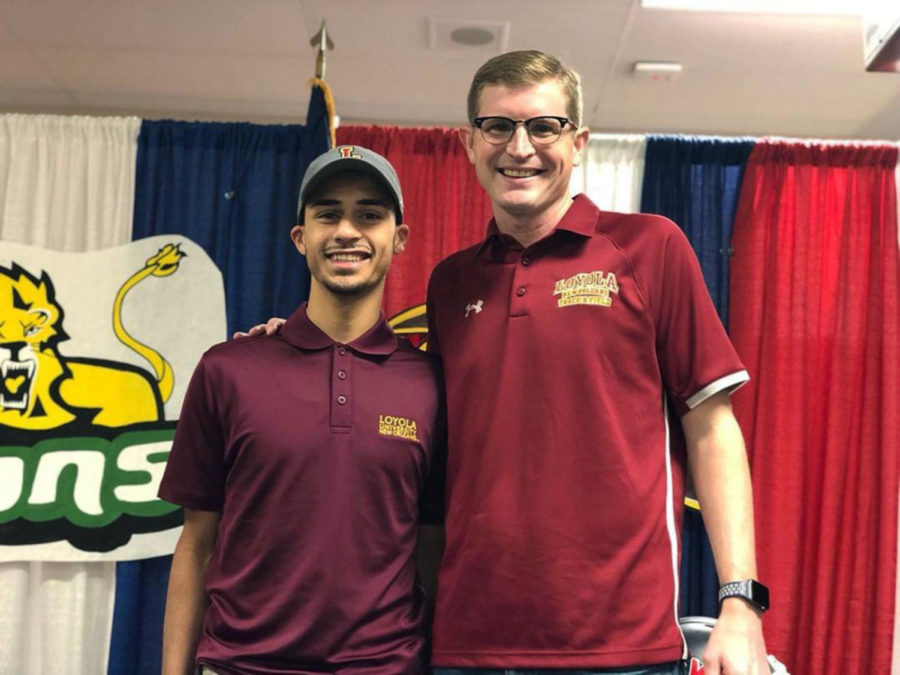 In his final year as a John Ehret Patriot, Abdel Thabata went for the gold, ending the 2018 cross country season as a champion. Now, Thabata looks forward to the maroon, as the senior plans on distance running for the Wolf Pack.

The local runner might have ended the 2018 cross county season as the District-5A champion, but the road to winning the district crown and signing on to compete for Loyola was a slow process.

“I didn’t take running serious ’till the start of my junior season and from there on out it was more of a learning experience,” Thabata said.

Thabata originally joined the team, not out of a passion for the sport, but because he was looking for things to do.

He said. “Little did I know I would soon love cross country and running in general.”

His growing passion for the sport was matched only by his growing success, as he placed second in the district his junior year and first as a senior.

For Thabata, cross country is much more than a sport, claiming that it has served as a forum for his personal growth the past few years.

“Being captain my junior and senior year taught me a lot,” he said. “After constantly getting better and better each meet I got cocky, which was my downfall toward the end of my junior season. I tried putting myself and my goals ahead of the team’s goals. My senior season is when I truly appreciated my team and genuinely understood what it meant to be a captain and the role it played on the team.”

Putting the team first did not detract from Thabata’s individual performance as he won and placed first in the district meet but Thabata’s successes also helped the team win the meet overall.

Thabata says the competition has taught him much-needed lessons.

“I learned about myself, what leadership qualities I had and what I lacked,” he said.

Thabata will share the cross-country course with Loyola athletes such as environmental studies sophomore Walter Ramsey and psychology sophomore Hayden Ricca, both of whom he says he is eager to learn from.

Loyola’s already promising cross-country team was one of the school’s biggest draws for Thabata, who praised not only athletes like Ramsey and Ricca, but also new head coach Kevin Licht.

In 2018, Licht was named Head Coach of the cross-country program, bringing an award-winning perspective to Loyola. Licht’s leadership is another factor that made the school attractive to Thabata.

“Loyola was always one of my top options but seeing what Coach Kevin has done with the program in such a short amount of time really made me realize Loyola is the place I want to further my career as a student-athlete,” he said.

He originally planned to go to an out-of-state school, but he fell in love with Loyola so much that he decided to stay in the New Orleans area.

“I wanted to start over but Loyola stood out to me,” he said, “which is why I decided to stay.”

Thabata is excited about the academic programs at Loyola as well and plans on majoring in business, but it’s his time running that he his most looking forward to.

“I’m most excited about my development not only as a[n] athlete but also as a student,” he said. “I’ve learned many things these past two years as a runner and I don’t plan on stopping now.”