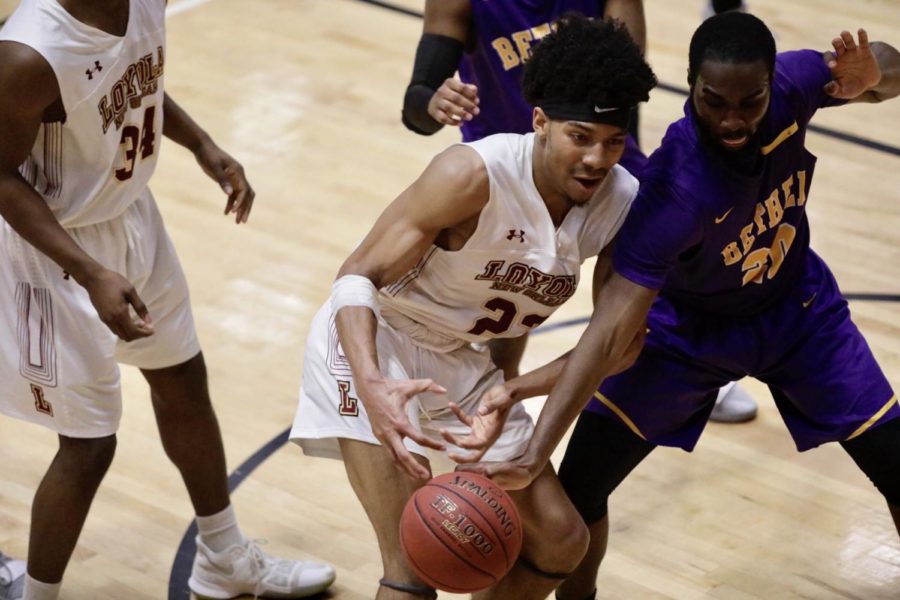 After Loyola celebrated their Homecoming court, nationally- ranked No. 19 Bethel Univerisity suited up to take on Loyola’s men’s basketball team.

After a combined nine lead changes or ties in just the final two minutes, the Royals were crowned the winners over the Wolf Pack, winning 78-77.

The game was neck-and-neck throughout with the fate of the game lying late in the fourth quarter. It looked to be a Loyola victory with mass communication Myles Burns scoring off of a putback and giving the home team a one-point lead with just five seconds left.

But the Royals would sink two shots at the free throw line with only a second left in the game.

Burns was the team’s leading scorer, racking up 27 points eight rebounds and five steals. Burns now has 232 rebounds on the year, the seventh-most in a single season at Loyola. He also leads the National Association of Intercollegiate Athletics in steals with 69 and has the program record for most steals in a season.

The team will play in the last home game on Feb. 15 against Blue Mountain College for Senior Night.