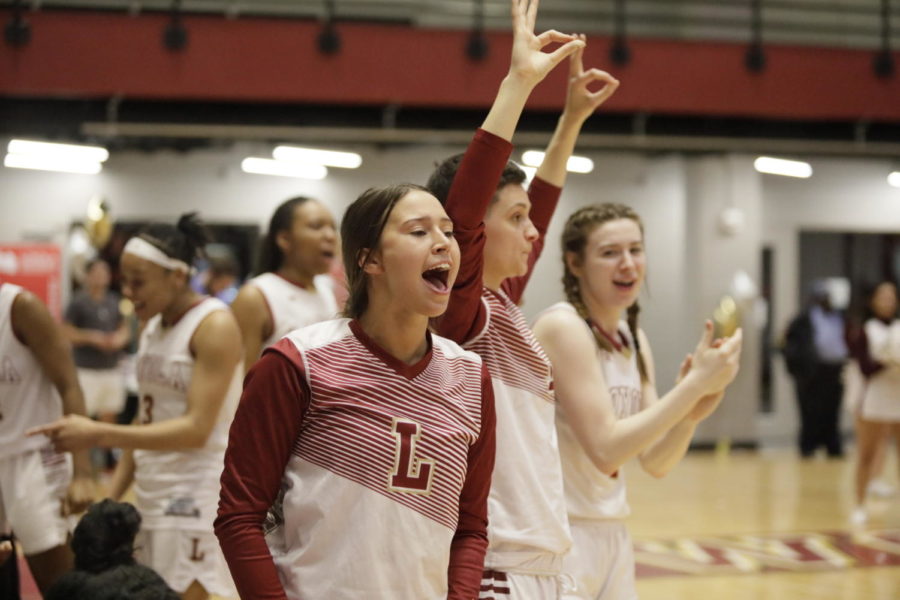 Biology senior Menley Long celebrates after a play in The Den. Long as well as three other seniors started in their last game at The Den. Photo credit: Andres Fuentes

In their last game in The Den, all four Loyola seniors started on Senior Day versus Blue Mountain College, earning a win in the last home game of the season.

Worry, psychology senior, tied with freshman Tay Cannon to lead the game in scoring with 14 points.

Worry racked up her 17th game with double-digit scoring as well as eight rebounds and a blocked shot. Worry now has 266 rebounds this season, 8th most in Loyola history for a single year.

Cannon earned most of her points in the late game, putting up 12 unanswered points in the fourth quarter. She also had six rebounds and two steals.

They will head off to Martin Methodist on Feb. 23 to play their final regular season game.