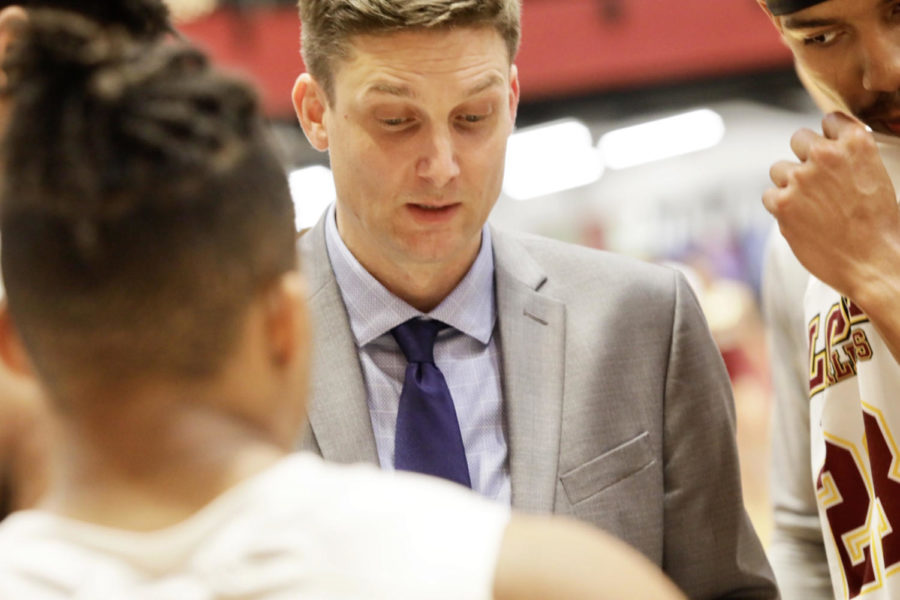 Head coach Stacy Hollowell is a family man, going home each day to his wife and four children. But when he steps foot in The Den, he’s the leader of 15 athletes and the entire men’s basketball team.

The responsibilities of being both a father and a head coach can be strenuous for a household, but it’s not unfamiliar ground for Hollowell as he has been in a coaching position since 2003 and severing five years at the helm of Loyola’s men’s team.

“When we take on a head coaching career, we understand that whether it’s basketball or any other sport for that matter, that there are sacrifices that have to be made,” Hollowell said.

With 17 away games spanning across the South, Hollowell and his family must make do with their limited free time during the basketball season.

But despite the games and practices, he has a family that cheers him on whether from their home or on the sidelines.

“I’m fortunate to have a wife that has been supportive and has put up with a lot of time away from the family,” Hollowell said. “(My kids) love to come up here and play and be around our team.”

While coaching 15 athletes, Hollowell also benefits from the advice their families give him.

“We’ve had some really impressive guys come through our program specifically,” he said. “At times, I’ll ask their parents for pointers on how to raise my own. Coaching also gives me a little perspective on how to be a parent and sit in the stands and be supportive.”

Hollowell explained how being a head coach is similar to being a parent, with routines and responsibilities that resemble one another.

“It’s not just about bouncing a ball and putting it in a hoop, but it’s about helping develop young people into the best people that they can be,” Hollowell said. “We love what we do, we’re passionate about what we do and we make the choice, not just to parent our own but in some ways be parents for the men and women that we coach.”

However, at the end of the day, Hollowell sees himself as a father first and hopes that any prospective coaches will learn from his examples and advice.