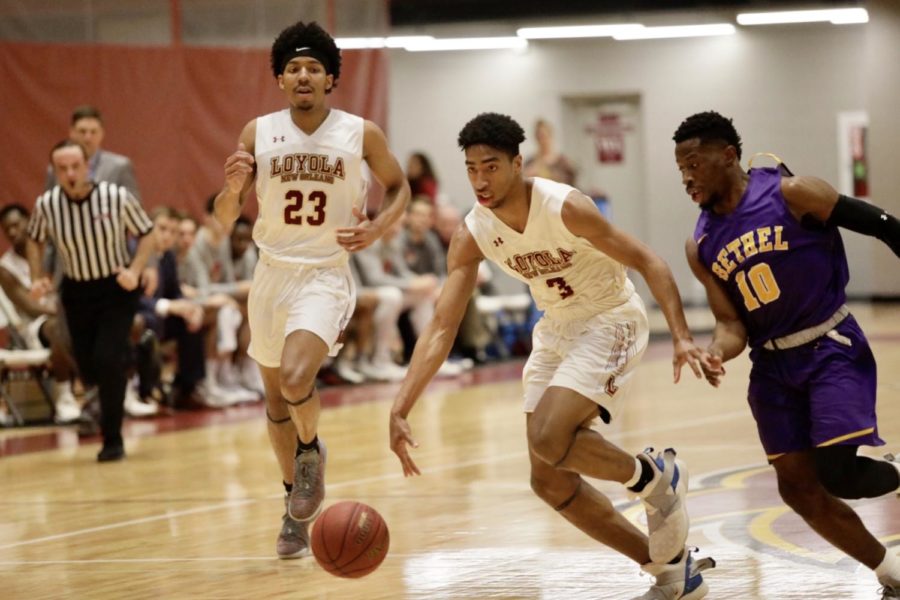 The men’s freshman duo racked up the program’s highest awards this season.

Mass communication freshman Myles Burns won Defensive Player of the Year, leading the nation with 73 steals and leading his team with 37 blocks.

Mass communication freshman Zach Wrightsil also picked up the Freshman of the Year award after finishing the regular season with a team-best 19.4 points, 4.1 assists per game and 14 double-doubles on the year.

Both players were also named to the First All-Conference Team as well as the All-Freshman Team. Freshman Cameron Dumas also made the conference rookie team.

A full list of awards for the men’s team include:

International business junior Kaila Anthony and psychology senior Megan Worry were both named to the First All-Conference Team. Anthony led Loyola in scoring, averaging 15.5 points per game. Worry was stellar on the defensive end, leading the conference in steals with 2.57 steals each game.