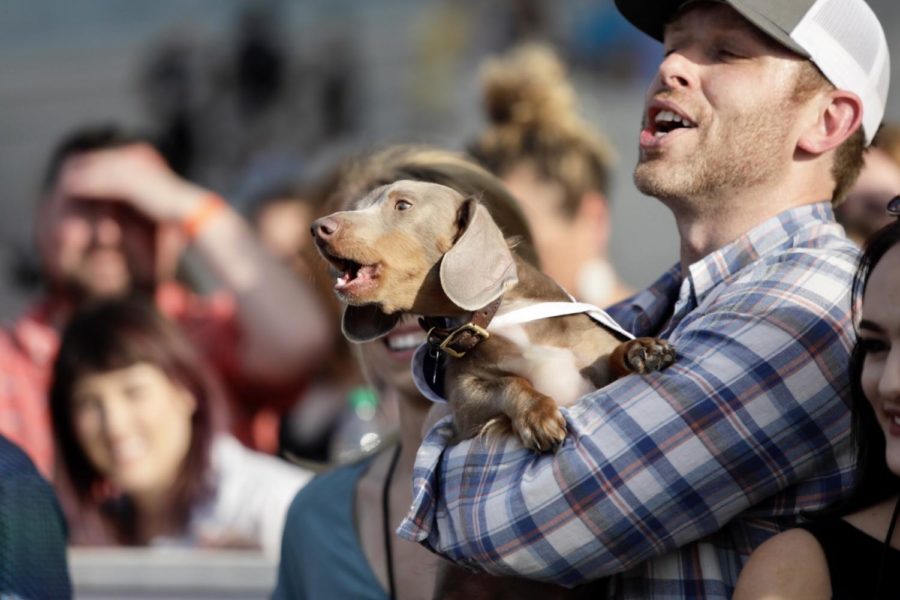 Douie and his owner, John Detrinis, celebrate their win at the Wiener Dog Races. Dentrinis used fried chicken to help lure Douie to the finish line.

48 sets of paws and wagging tails hit the race track on March 9. The thoroughbreds were just the appetizer as spectators pressed up against the gates to catch a glimpse of purebred wiener dogs racing toward the finish line.

“We have been doing this for quite some years. It really came about just trying to create a reason for people to come out with their families, see the track and get exposed to racing,” Mark Conner, Senior Director of Marketing, said.

Even with the family atmosphere, the races are still filled with a competitive vibe amongst the trainers and their canines.

Hollie O’Brien said, “This is Whiskey’s second year and we have been practicing hard. We usually train her by playing fetch.”

Some dogs were put on diets and cardio workouts, but the experience is memorable even without a trip to the winner’s circle.

“It’s a good time, even though they do lose,” Beckie Daniel said.

After five heats of sprinting, Douie was crowned the “Fastest Wiener”, and with little training beforehand. But it was his owner, John Detrinis, that motivated the pup to step into overdrive.

“I had a Popeye’s chicken in my pocket. That’s what did it,” Detrinis said.

Douie and his family went home with a $500 cash prize, a goodie basket from Double “M” Feed and a chip on his shoulder.

Detrinis said, “It feels great. Douie is excited. He got to eat his chicken. Now he wants to race the horses.” 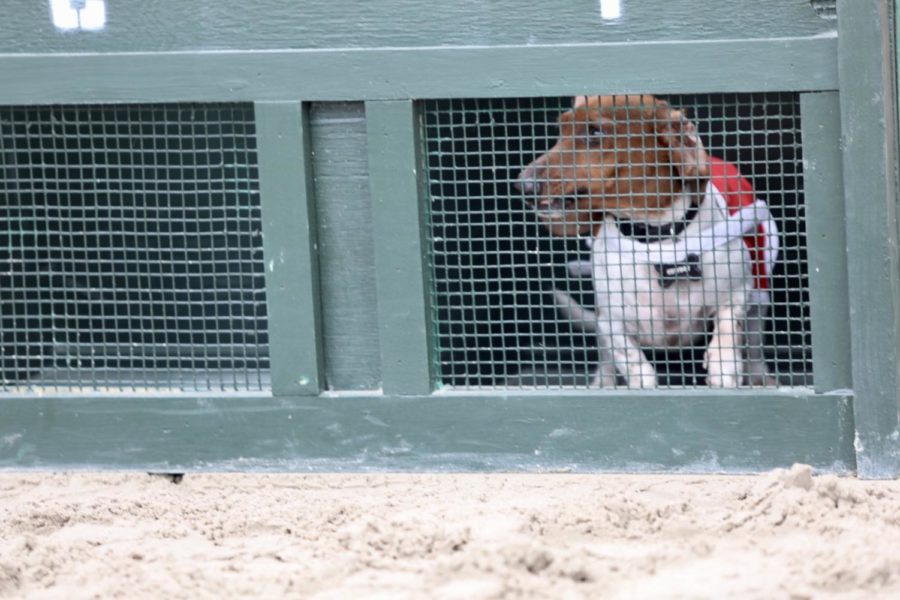 Gallery|12 Photos
Vanessa Alvarado
A wiener dog is held in miniature stocks before the race. The races featured four heats and a championship round.