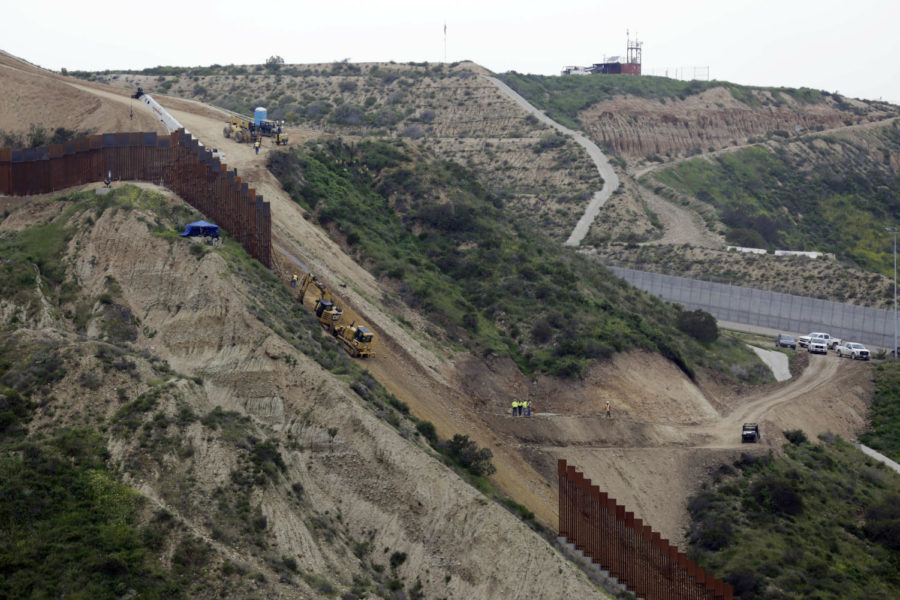 The government shutdown is over and life in the oval office proceeds without approval for wall funding, yet friction between the House of Representatives and President Trump is far from being over. Now, the conversation moves toward the likelihood of a wall being built and what would happen if it were.

With a majority of Democrats in the House of Representatives unwilling to approve of the $8 million bill that Trump requested in order to secure the United States’ southern border, he has been looking for other ways to fund the project.

“Trump has limited options on where to find funding for his plans for the wall, given the House of Representatives’ lack of willingness to abide by his request for outright government funding,” he said. “Where he currently looks for funding is from the Department of Defenses and Homeland Security which will cost him support, thus making it unlikely, in the current state of affairs, that a wall is actually built.”

For this reason, it seems that Trump has hit a metaphoric wall in regards to moving forward with his vision of improving border security.

“I do not know for sure since the administration is not able to build agreements not only about border security, but also about the immigration system,” he said. “The wall is no longer a border security issue, but it has become a political issue. The emergency declaration will affect critical services in some states, and it has been challenged in court already. The 2020 budget may not be approved… Washington has become a very chaotic and unpredictable place.”

Another question often associated with the wall debate is what ramifications building a wall would actually create. Quesada believes that the effect of this creation would be negative.

“It does not address immigration system problems or the reasons why people are coming the US,” he said. “I cannot talk of ‘positive’ effects, but at least an interesting effect is that the wall has energized different groups, particularly those that advocate on behalf of minorities and individual rights and liberties.”

On a political level, the drawn-out debate over the wall may be causing friction not only between parties, but also within the Republican party.

To Cain, the fact that the funding for the wall plan is currently diminishing the funding of Republican-backed programs, such as the Department of Defense, is a source of contention within Trump’s own party.

“Senator McSally, Republican senator of Arizona, was worried that the money for the border wall would be taken from military construction within her own state,” Cain said.

The conversation about whether or not the wall will be built has hit a standstill following a decisive end to the national state of emergency, but the conversation is not over, but rather taking a transient break. For now, the game is waiting and seeing what happens next.