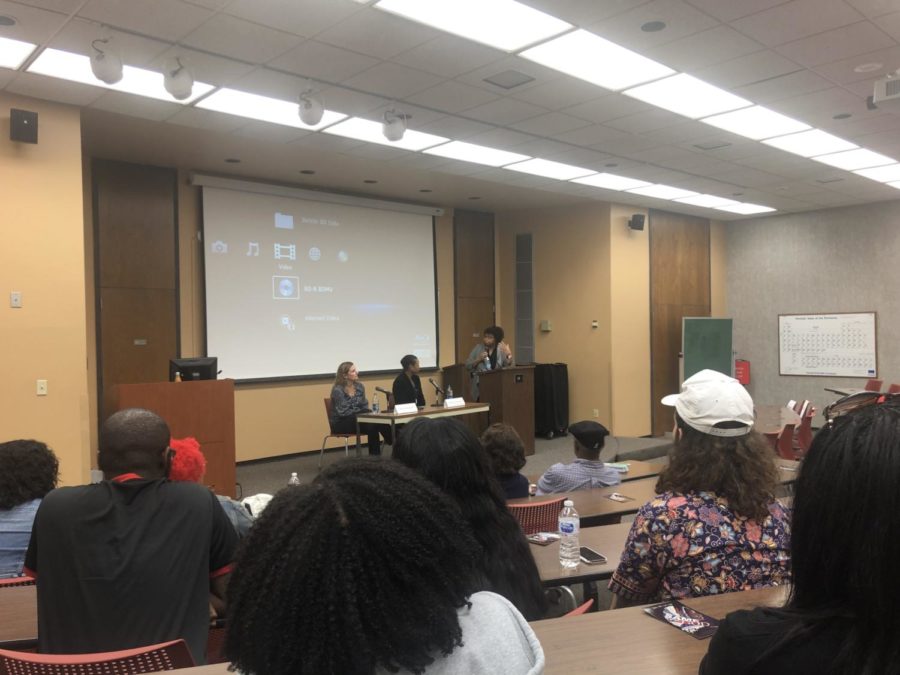 On Dec. 10, 2015, Wheaton College professor Larycia Hawkins made a controversial post that would end up contributing to the loss of her job.

These are the words that Hawkins repeated as she was suspended for posting a Facebook post where Hawkins wore a hijab and stood with fellow Muslim women “claiming we all worship the same God.”

Loyola University’s African-American studies program, organized by the program’s director Trimiko Melancon, showed the documentary “Same God,” directed by Linda Midgett about Hawkin’s journey along with a look at the increasingly conservative opinion dominating the evangelical church, on March 16, 2019. Hawkins was the first black-woman professor to be tenured at Wheaton College in 156 years and her leave was met with great controversy over academic freedom and intersectionality between race, gender and religion.

Midgett and Hawkins attended the viewing and opened the floor to a Q&A.

Hawkins spoke about the negative comments she received about her physical appearance. She said she moved from “one extreme to another — Oreo to angry black woman.”

Linda Midgett spoke more about the challenges she faced as a director. Midgett is an alumnus of Wheaton College. She said she had “a lot of sacrifices involved in regards to family. I had to have those little (social) deaths.”

For directing, her challenge was getting Wheaton College to cooperate.

“I hired a student to film on campus and flew a drone over the college,” Midgett admitted, making the crowd laugh.

As an independent filmmaker, she also joked that raising money is a form of sadism masochism. But she really struggled with two questions: “What it means as a storyteller? Why am I doing this?”

Lisa Pham, computer science freshman, came along with a friend. Despite it not being her major, she felt that “seeing her struggle in being heard, and that’s something I could identify with a lot”.

Bergin Downs, a sociology freshman with a concentration in social justice and inequalities, attended the event because it piqued her interest.