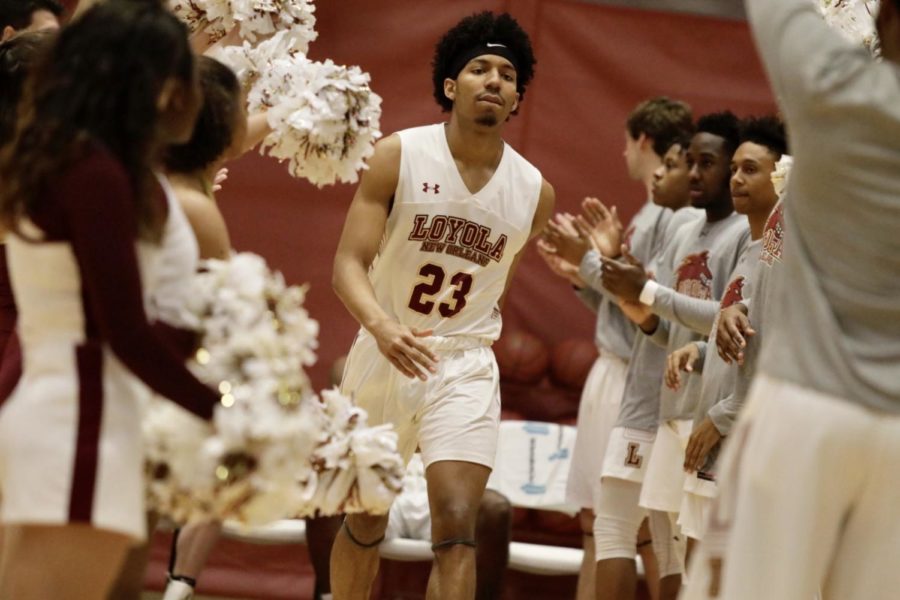 Mass communication freshman Zach Wrightsil posted his 16th double-double of the year, with 16 points, 13 rebounds and six assists. Loyola is defeated by Arizona Christian in the second round of the national tournament. Photo credit: Michael Bauer

The historic 2018-2019 season for the Loyola men’s basketball team has come to a close after the Wolf Pack picked up a loss versus Arizona Christian, 83-77, in the second round of the National Association of Intercollegiate Athletics Championship tournament.

To start the game, the Firestorm brought the heat, going up 13-5 through the first eight minutes of play. However, Loyola responded with a 13-2 run, gaining a 21-15 lead.

But the Wolf Pack’s largest lead of the game would vanish in the final minutes of the first half, as Arizona Christian headed to halftime with a 40-36 lead.

The Firestorm opened the second half with an 11-4 run but Loyola bounced back to tie the game at 54 after a long ball by computer science senior Tre’Von Jasmine.

Both teams traded blows in the final 11 minutes of the game, featuring eight ties and six lead changes, but with two minutes remaining, the Firestorm built a six-point lead, bringing the score to 78-72.

After sinking 19 three-pointers throughout the contest, Arizona Christian sent the Wolf Pack home after a historic season.

Mass communication freshman Myles Burns also had a double-double with 13 points and 14 rebounds.

Loyola finished the season with a 22-12 record.