Loyola basketball player steps off the court and into the ring 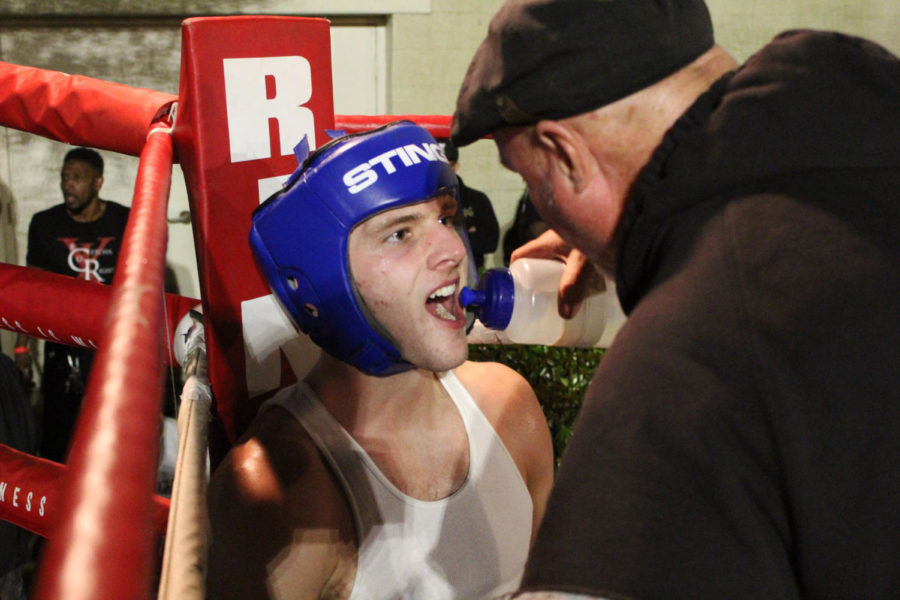 Standing at 6’5 and 210 pounds, Joseph Ruzevich is used to stepping back, scoring left and dodging swipes and blocks, but Loyola’s small forward turned into a South Side Sensation when he traded his sneakers for a pair of boxing gloves.

Ruzevich, computer science junior, took a chance in the ring as a part of Friday Night Fights, an outdoor amateur boxing showcase in the heart of Central City.

Crowds flocked around the ropes to catch a glimpse at burlesque dancers, fire performers, Loyola rappers and fighters from across the world.

The boxing series featured long-time veterans, semi-pros and up-and-comers, such as the Wolf Pack’s junior baller.

Ruzevich got his start with the sport from August through September of 2017, due to Loyola’s then-president, the Rev. Kevin Wildes, S.J., reaching out to Head Coach Stacy Hollowell about any interested boxers.

“I was the only one that said, ‘Let me go box with Father Wildes,” Ruzevich said. “(He) brought me out to workout, spar a little bit.”

From there, Ruzevich would leave boxing for more than a year, but Mike Tata, Friday Night Fight’s founder, did not forget about him.

Ruzevich said, “A month before the fight, Mike calls me up and says, ‘I need a Loyola kid to fight in the show. Do you know anybody interested?’ There’s really no one at Loyola that fights.”

With the lack of any suitable fighters, Ruzevich took advantage of the situation.

The Chicago-native hopped in the ring for three weeks worth of training, preparing for the March 22 date.

Despite being his first time, Ruzevich held on, absorbing left hooks, right jabs and landing a few punches of his own.

Loyola students rallied behind their fellow classmate and Ruzevich’s mother and sister cheered him on in the crowd through three full rounds of ducking, dodging and punching.

However, it was Jackson that won by decision, going home with the medal, but Ruzevich learned from the experience.

“I was expecting a ‘W’ but I went the distance,” Ruzevich said. “For my first fight, I was happy being able to take a couple of hard hits and stay up. I’m excited to get rid of this headache.”

Despite his loss in his first amateur match, there’s still a lot of fight left in him.

“I’ll be back,” he said. “I don’t know if I’ll be back anytime soon but I might go back to Chicago after I graduate and try to fight there.”